Hidden under a rock at the bottom of the steaming landfill known as campaign coverage is a little news gem you might have missed. The EPA is ‘requesting’ that the oil and gas industry “provide extensive information needed to develop regulations to reduce methane emissions” from their operations. 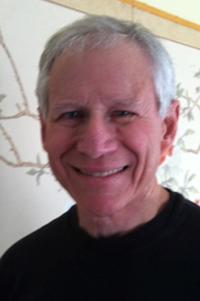 So what is methane, anyway? Methane is the main component of natural gas, the stuff heating your water, running your bus and fueling a power plant that keeps your lights on. You’ve seen the ads: clean-burning natural gas, the safe alternative to coal. But do we mean by “clean” or “safe” anyway? And why is the EPA worried about it?

Methane is cleaner than coal in the sense that burning it yields half as much carbon dioxide for about the same amount of heat produced. Unlike coal, it contains few additional polluting substances. Methane is cleared from the atmosphere in decades as opposed to carbon dioxide, which lasts for thousands of years. All of which is good. But there are catches. When methane escapes into the atmosphere without being burned it becomes a dangerous addition to the chemical stew trapping heat and warming our planet. Unburned methane is over 85 times more potent than carbon dioxide in retaining heat energy.

Recently 100,000 metric tons of methane leaked from a storage facility near Los Angeles. Detected in October 2015, the leak was finally sealed in February. Such episodic major releases are superimposed on sustained leakages of 2-3 percent of produced gas around the United States. Gas is leaking from fracking operations, gas pipelines, pumping stations, and storage facilities. U.S. methane emissions have mushroomed in the 20 years since fracking technology has been widely deployed. Methane from the oil and gas industry is the fastest-growing source of greenhouse gases in the country.

Replacement of coal with natural gas to slow global warming is not a successful strategy because of the potent warming effects of methane. In the near term, large methane releases could actually accelerate the global heat wave. Climate change is not a smooth, linear process. There can be “tipping points” – rapid cascades of events that abruptly accelerate ice sheet melt and sea level rise while intensifying storm systems. If methane causes planetary temperatures to rise more quickly, Greenland and polar ice sheets will melt more rapidly. And these continent-sized ice deposits contain massive stores of methane. A dangerous positive feedback loop.

And there’s more: Fracking (fracturing) underground rock and shale requires vast amounts of water (millions of gallons daily) to thrust gas to the surface where leaks occur. The waste water is heavily contaminated with concentrated brine, a smorgasbord of toxic chemicals (carcinogens, endocrine disruptors, etc.) and radioactive materials. Waste water is injected into deep “disposal wells,” but surface water contamination is well documented. Toxic sludge cleaned from pipes and equipment may be dumped in landfills. Some is spread on roads and farms for purposes like dust control.

Compressor pumping stations are placed every 50-100 miles along pipelines to keep the gas moving. As of 2008 there were 305,000 miles of gas pipeline with over 1,400 compressor stations operating in 48 states. Compressor stations emit hundreds of thousands of tons of greenhouse gases and pollutants that include known carcinogens and compounds toxic to humans of all ages. Releases are often in the form of bursts or spikes that may be undetected by air-quality monitors. Last year the American Medical Association adopted a resolution, “Protecting Public Health from Natural Gas Infrastructure,” supporting comprehensive Health Impact Assessments of all such installations.

So there are good reasons for the EPA to begin regulating methane pollution. Call it a government plot to help save the planet. More to the point, natural gas (aka methane) – from exploration to extraction to transport to storage to waste disposal – is not a clean or safe substitute for coal. Reduced energy demand and expansion of clean energy sources like wind and solar remain our best options for a sustainable future.