The following is a letter sent to faculty, staff, and students of the University of Minnesota School of Public Health. 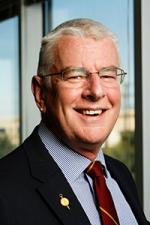 What sense can one make of the Orlando massacre? Like you, we have listened to pundits, politicians, journalists, friends, colleagues, and everyday people all struggling to put a narrative frame around this horrible crime — to classify it in a manner that makes it comprehensible. No story or motive is adequate to assuage our pain and sorrow.

What we know is that a young New York-born American intentionally and premeditatedly chose to murder as many people as he could. They weren’t randomly chosen. He focused on people in the lesbian, gay, bisexual, and transgender (LGBT) community. There are myriad unanswered questions about this man, but whatever the facts turn out to be, he acted out of hate.

What happened in Orlando is not new to America. It is in fact very old. We have seen the face of hatred repeatedly turned on race, gender, sexual orientation, religion, and national origin — things we feel separate us from “others.” That hate escalates all too quickly into violence. 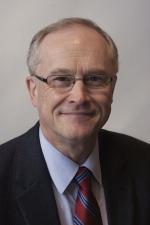 In Orlando, the third mass shooting this year, homophobia or, more accurately, homonegativity (the negative appraisal of homosexuality) raised its ugly head. Research into homonegativity has helped us understand how such tragedies are generated and continue to happen. While it is tempting to attribute each mass shooting to some “lone wolf” or to “mental illness,” these individual level explanations prevent us from recognizing the broader underlying causes.

Until very recently, we lived in a country which systematically discriminated against LGBT people by not recognizing their relationships, preventing them from serving in our military, and criminalizing gay sex, to name but a few laws promoting discrimination. While much has improved, in many states, LGBT people still have no protection in employment or housing, and recently, a flurry of legislation has sought to prevent transgender people from using the bathroom of their choice.

These laws only function to promote and sustain prejudice. They are based in fear and ignorance. In our faith communities (of all varieties), with exceptions, heterosexual sex, love, and relationships are still held up as the ideal, leaving same-gender sex, love, and relationships relegated to inferiority or “sin.” While as Americans we profess that we are all equal, our laws and social structures have yet to reflect this core value. True equality has been our national struggle for more than two centuries.

Homonegativity remains an important, if overlooked, public health crisis in our nation. LGBT people suffer poorer mental health, higher rates of suicide (and occasionally homicide), and a host of health concerns. Gay men are the only population where HIV rates are still climbing. Research on gay men in Minnesota shows these health disparities are correlated not with the men’s sexual orientation, but with their internalized homonegativity — when people believe the lie that they are somehow less than others, that belief can lead to isolation, depression, self-hatred, and sometimes violence. Fortunately, coming out (at the individual level), and building vibrant and accepting gay communities are effective ways to overcome these effects of prejudice.

As public health professionals, how can we prevent more tragedies like Orlando? First, prejudice is learned early. We need to recognize that teaching a child that they — or anyone else — is inferior, second class, or sinful because of some aspect of who they are is child abuse. Second, public health must promote equality and equity in our laws and community structures. Third, both individually and collectively, we need to stand up and put our words into actions.

Our school recently launched a dedicated fund to promote LGBT health research, and this fall, we will be offering a new course in “Sex, Sexuality, and Sexual Health.” With these efforts, and others, we are increasing our commitment to challenging discrimination and advancing health.

We also need to carefully consider the impact of public health policies on the most vulnerable, and especially those with additional mental health challenges. Post-tragedy attributions of mental illness in perpetrators of violent acts must be replaced by pre-tragedy mental health services that are adequately funded, accessible, and effective.

Finally, we are drowning in easily obtained firearms in this nation, allowing expressions of violence to escalate into mass killings. Despite widespread public support for sensible gun control, many politicians remain ideologically committed to maintaining the status quo. We must advocate for ways to make guns less likely to kill people, just as we do with any other product that has deadly potential.

When we go to the polls this November, let us remember that we all have the capacity to make our country safer and better. Voting with these things in mind is not just politics, it’s public health.