Earlier this week, one of us (Densley) told MinnPost readers that Minnesota’s unique model of peace officer education was a failed experiment. He called for real change. This prompted the other one of us (Olson), to ask, “What does real change look like? In real terms.” Together, we’ve drafted a blueprint for better policing in the state. Some might say it’s radical. We say it’s responsible.

First, we need education reform. The current standard, a law-enforcement degree, especially a two-year law-enforcement degree, taught disproportionally by retired cops, is at best an echo chamber and at worst an assembly line to produce warriors, not guardians. It’s antithetical to diversity (of all forms) and the source of all “group think” in the profession. We can change this by mandating a four-year degree for entry into a peace officer training program, and allowing the degree to be in any discipline. We know this system works because federal law enforcement, like the FBI, already does it. They recruit elite college graduates then put them through a rigorous police academy to teach all the “police” stuff Minnesotans currently think is unteachable outside a college classroom.

The four-year degree also solves another problem: immaturity. Police chiefs don’t want 20-year-olds running around with a badge and a gun. They want people a little older. A little wiser. Career changers. People who have graduated from the “university of life” and the local university. A full university education, moreover, challenges future peace officers to think differently about people and the social and economic worlds they inhabit. Liberal arts and STEM graduates make great 21st-century cops — we just need to give them a chance. 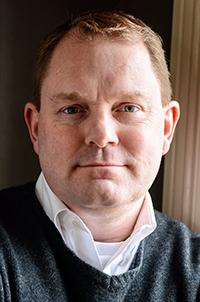 To attract top talent to Minnesota law enforcement, however, we also need to increase entry-level salaries and/or offer student-loan forgiveness as an incentive. The men and women who choose careers in law enforcement, who choose to run toward danger rather than away from it, should be paid commensurate with the hazards of their profession.

Next, we need training reform. Currently, the Minnesota Board of Peace Officer Standards and Training (POST) sets the learning objectives, but how they are met is at the discretion of colleges and universities. As a result, quality is variable, often contingent on instructor personality and performance. And every college and university has its own methods of screening (or not) its students into the program.

The solution here is standardization. A single state police academy (or academies), perhaps collocated with the Minnesota State Police training facility at Camp Ripley, funded by state dollars. Any college graduate can apply to attend the academy. They are then rigorously screened (background checks, interviews, mental and physical health and wellness exams, etc.), with an eye to whether the applicant will be successfully licensed (i.e., hired) not just license-eligible in the end. If selected, they are paid a stipend while in training. And while in training, students will learn to face history and themselves. They’ll read “The New Jim Crow.” They’ll learn all about implicit bias, procedural justice, de-escalation, mental health first aid, less-lethal options, and the other stuff the current curriculum breezes over.

In college, students can repeat and retake classes until they pass. Don’t forget, Cs get degrees. Not so in our proposed academy. Students will be held to the highest standards of professionalism and competence. But this is not boot camp. This is Harvard. For cops. Cops who will go from being classmates to being colleagues, building a network of excellence across the state.

Finally, we need department-level reform. Larpenteur Avenue, where Philando Castile was shot and killed last week, is about five miles long, yet is policed by four different police departments (Roseville, St. Anthony, St. Paul, Maplewood). There are 331 municipal police department​s in Minnesota, 87 county sheriffs’ offices, plus a handful of other specialty, state, and tribal agencies. In total, 441 agencies service a little over 5 million people. By contrast, the United Kingdom, a country of 65 million people, is policed by only 48 different agencies. Something doesn’t add up.

Our somewhat surprising proposition, therefore, is to end municipal law-enforcement departments and, instead, shift all law-enforcement functions to the county level under elected sheriffs. This would cut bureaucracy, promote collaboration over competition among agencies, and fund police properly by sharing the cost across a far larger tax base. The public is crying out for accountability. Well, sheriffs are elected. If their agency is performing poorly, people can vote them out.

Additionally, restructure the review process for police performance, to include citizen oversight of EVERY police agency. Citizen boards would not only receive quarterly briefings on department performance, but also participate in promotion boards, ensuring consent of the community in decision-making. Promotion boards would also borrow anonymous peer review from academia, whereby senior officers selected at random from both within the department and from other departments, would weigh in to ensure fair and impartial promotions.

All Minnesota peace officers deserve mandated counseling, removing the stigma of “needing help” to talk about the horrific things they see on a routine basis. They also deserve shift rotations that are conducive to sleep, and sabbatical leave to ensure they don’t become jaded or cynical. Further, they deserve assignments that get them policing real criminal-justice issues, like gun violence, not “broken windows” and taillights.

And finally, to achieve 21st-century accountability, we need to match 21st-century policing with 21st-century technology. This does not include military-grade equipment that is anathema to the community, but rather body cameras for every officer, front and back; 360-degree view (not just dash-cams) cameras on all squad cars; less-lethal tools; and traffic enforcement cameras that, as in Europe, eliminate unnecessarily confrontational traffic stops.

These are but a few concrete solutions for a better policing model in Minnesota. It will take political will and courage to turn these words into deeds. There will be disagreement along the way. But we hope this starts the conversation. At the end of the day, we all want the same thing: a system that produces exemplary officers of unmatched quality, character, and training. A model program. The best police officers in the nation. Police for America.

James Densley, Ph.D., is an associate professor of criminal justice at Metropolitan State University and the author of “Minnesota’s Criminal Justice System” (Carolina Academic Press, 2016). He holds a doctorate in sociology from the University of Oxford.

Jon R. Olson, M.A., teaches at Metropolitan State University and Carleton College. He is a retired commander in the U.S. Navy where he served as an intelligence officer for 21 years, and is the co-author of two political/military fiction thrillers.