I am an expert in toddlers, tempera paint, and countering extremism. 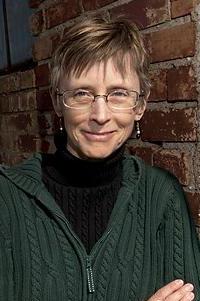 The counterextremism work adds an edge to my un-edgy, grandmotherly life in Minneapolis, but my state apparently needs the help. Three local Somali men were recently convicted of federal charges that they conspired to join a terrorist organization. “ISIL recruiting in Minnesota is an ongoing problem,” U.S. Attorney Andrew Luger said a few months ago. And anti-Muslim activity, including a state-issued vanity license plate that read “FMUSLMS,” is on the rise.

I work with East African immigrants — and many other people from around the world — as an academic writing tutor at Metropolitan State University. Students come to the tutoring center for help with everything from nursing research papers to management case studies, and when they go home, they eat everything from spongy Ethiopian flatbread to hot dogs. With such a range of people, I expect to see a few extremists — those whose views fall far out of the range of normal for a community — and I do.

An East African student needed help with a paper that advocated a narrow, subservient role for women in society. His views were extreme compared to the views held by most Minnesotans, and I was tempted to tell him how wrong he was. Instead I reminded him of the standard requirements of an argument paper. You’ll need evidence to back up your claim, I told him. Do you want some help finding sources? And don’t forget, you’ll need to present the counterargument.

He knew that accepting my advice might improve his grade; I knew it would get him into the habit of searching for credible evidence and trying to understand the other side.

A woman came in with a research paper claiming that female circumcision was an example of gender violence. Her claim was not extreme in Minnesota, but this woman was from Somalia where the procedure is still common. Someday as a small business owner or a mother, she might have to argue her claim to extremists, that is, members of her own community whose opinions on female circumcision are far out of the range of normal for the United States, and who want to send their daughters to Africa to undergo the procedure, which is illegal here.

She talked about the trouble she’d had with the writing, and then, because I was still listening, she briefly strayed to reveal that her parents in Somalia, exposed to more news and opinions from around the world, had changed their attitudes toward female circumcision. As a consequence, she said, they did not perform the procedure on her younger sister. I gradually realized the magnitude of what she was saying: She had most likely undergone this procedure and was now living with the consequences, whatever they were.

I found this information hard to absorb, but it helped shape the direction I took with the tutorial. I told her that her intimacy with the culture gave her a lot of authority to write about the issue. You can extend that authority by presenting a well-organized argument, I said. She discovered on her own that there was no logical order to her paragraphs and spent the rest of her time with me creating a revised outline.

Another student came in saying he was having trouble understanding an assigned reading, but before we got started, he complained vehemently about his fellow classmates. They’re so liberal, he said. If they had experienced what I’ve experienced they would think like me. He could have been branded an extremist – fairly or not — because his conservative views were out of step with his academic community.

I wasn’t sure I could help him with his feeling of alienation, but I could help him lower his stress levels by making sure he understood the assigned reading. We began reading out loud, an experience that resembles working with clay – squeeze in a question here, pull out an answer there, until a recognizable shape emerges from the raw material. After a bit, the student turned to me and smiled. He had suddenly realized that the passage was about someone who argues against tolerance – someone like him — but faced with compelling evidence to the contrary, finally grasps the value of learning from people with different beliefs and attitudes.

And I had to smile, too, because I would have fit right in with his liberal classmates. Our shared opinions would have morphed into facts, our critical thinking skills would have moldered, and our disdain for the other side would have blossomed into contempt. Pretty soon we’re rash enough to crank out a license plate.

This student was not from East Africa. He was a native Minnesotan, and he and I knew what had just happened: We had both learned something.

Education, my favorite counter-extremism strategy, isn’t flashy or fast, but it’s profound for its effect on the people who immerse themselves in it, one logical essay, one evidence-based epiphany at a time.

Lisa Westberg Peters is a Minneapolis writer who has been an academic writing tutor at Metropolitan State University in St. Paul for the past four years. She has had 20 books published — 19 children’s books and a memoir, “Fractured Land: The Price of Inheriting Oil” (Minnesota Historical Society Press).