One hundred years ago, in the midst of World War I, our country was in the thick of a contentious presidential election between Supreme Court Justice Charles Evans Hughes and Woodrow Wilson. Then, as now, immigration was a major theme of that election. Voters wanted a president who could keep the U.S. out of the war, but many also were looking for a president who could halt the “yellow peril” from Asia and stop “criminals” and “radicals” arriving from Southern and Eastern Europe. 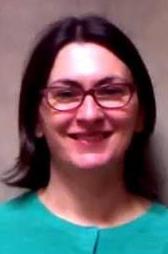 Today, the rhetoric and fears voiced in the Clinton-vs.-Trump duel are strikingly similar. Many Americans, including voters here in Minnesota, complain about “dangerous” Muslims and “criminal” Mexicans and call for ever-taller walls to bar immigrants. And the U.S. is not alone. In Great Britain, older, white citizens ignored their children’s desire to remain in an integrated Europe and voted to leave the European Union, partially because of xenophobia and nativism against a recent wave of immigrants and refugees of color.

My own parents, as former migrants, wonder why so many people in the U.S. and Europe blame immigrants for crime, taking away jobs and degrading our social fabric. They question why people are giving in to fear when immigrants clearly contribute so much to their newly adopted countries. My parents left Italy for Switzerland and returned shortly after they married, in part because of their profoundly different experiences. My dad loved his time in Switzerland; my mom absolutely hated it because she felt marginalized and discriminated against.

Growing up and hearing them talk about their experiences, I wondered why they felt so differently. Was it the country? Would they have had a different experience as immigrants in the U.S.? When I came to the United States as a high school exchange student, I hoped that my visit would help me understand their competing stories of immigration. While many of my classes in the Norristown, Pennsylvania, school I visited explored the richness of American multiculturalism, tensions outside of class were palpable. Many of my fellow students warned me not to go beyond the train tracks where Mexicans lived or not to visit some of the “ethnic” neighborhoods in Philadelphia. After returning home with more questions than answers, I vowed to return to study U.S. immigration history. Of course, the more I learn and teach U.S. immigration history, the more complicated the answers become.

When it comes to immigration, we all suffer from historical amnesia. Many Minnesotans today proudly celebrate their Swedish, Norwegian and Danish ancestors and fondly remember them as hard-working, law-abiding and respectable immigrants who, unlike today’s new arrivals, seamlessly integrated into American society. For most of the 19th century, however, many Minnesotans didn’t trust Scandinavian newcomers because they lived in isolated, close-knit communities where they only spoke their native languages and kept their own cultures and traditions.

During World War I and the First Red Scare, American nativists targeted Scandinavian immigrants because they did not speak English and supported labor reform. The Scandinavians became the “good immigrants” only when Eastern European Jews and Southern Europeans began arriving. Although many of those newcomers were fleeing persecution, poverty and prejudice, Jewish and Italian immigrants became the next to face discrimination at a time of rampant anti-Semitism, anti-Catholicism and nativism. In 1946, journalist Carey McWilliams dubbed Minneapolis “the capital of anti-Semitism in the United States,” a label that stuck for many years. In both cases, many Minnesotans feared that these “new” immigrants, first from Scandinavia and later from Southern and Eastern Europe, posed a threat to American democracy.

And yet today, with these groups well integrated in Minnesotan society, we barely remember these episodes in our state’s long immigrant past. We again worry, goaded by incendiary presidential campaign rhetoric, that the current wave of immigrants and refugees from Syria, Iraq, Somalia, Afghanistan and elsewhere, might endanger the core of American identity and change our society for the worse.

We are in danger of again marginalizing and discriminating against today’s “new” immigrants just as we did a century ago. While there are clear differences between immigration waves then and now, Spanish philosopher George Santayana’s words still ring true: “Those who cannot remember the past are condemned to repeat it.”

Maddalena Marinari , Ph.D., joined the history department at Gustavus Adolphus College in St. Peter, Minnesota, in 2015. She teaches a range of courses on 20th-century American history, immigration history, American identity, U.S. in the world, and world history. She is currently working on a book about the movement against restrictive immigration laws from 1882 to 1965.

Hysteria over immigrants repeats Itself