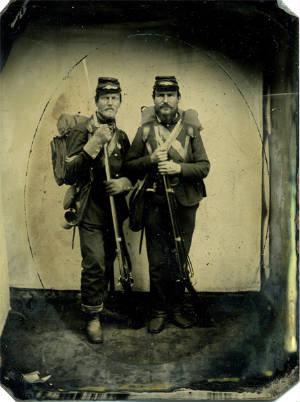 What the Fourth of July is to Americans, the Second of July should be to Minnesotans. Before the rush to cabin entertainment and celebratory explosions, we ought to mark the day when our people volunteered bravely and sacrificed greatly for the betterment of all.

Minnesota was hardly an official state when the Civil War came, and by coincidence Gov. Alexander Ramsey was in Washington during the conflict’s catalytic moment, the Confederate attack on the federal garrison at Fort Sumter in South Carolina. The next morning, Ramsey rushed to Secretary of War Simon Cameron’s office to pledge the Union’s very first volunteers, formally known as the First Minnesota Volunteer Regiment.

The First Minnesota fought across the East – the early days at First Bull Run, the dark days at Antietam, and the tough initial day at Gettysburg, Pennsylvania, when the Confederates beat back Union forces through town on July 1, 1863. On July 2, Gen. Robert E. Lee’s 70,000 soldiers hit both ends of the Union line.

Over the course of July 2, Union Maj. Gen. Daniel Sickles’ Third Corps advanced in a way that created a gap in the Union line; as dusk approached, this created an opportunity for a Confederate brigade of 1,100 to cut the entire Union force in half and cause catastrophic collapse.

Union Maj. Gen. Winfield Scott Hancock, commander of the threatened Union center, realized there were only the 289 men of the First Minnesota available to hold the line, and exclaimed, “My God, are these all the men we have here?” He then ordered the First Minnesota to confront the vastly superior Confederate brigade, and wrote: “I would have ordered that regiment in if I had known that every man would be killed. It had to be done.”

Part of the First Minnesota formation, 2nd Lt. William Lochren later recalled: “Every man realized in an instant what that order meant – death or wounds to us all; the sacrifice of the regiment to gain a few minutes’ time and save the position and probably the battlefield.”

Lochren was mostly right, as death or wounds came to 82 percent of the First Minnesota, a statistical anomaly worse than any other like unit in the bloody whole of the Civil War. The Minnesotans held, and the next day the Union decisively turned back Lee’s last northern raid.

Minnesota never mattered so much to the fate of the nation. Yet, just as war grants a victory, it also exacts a price.

In combat’s blur, brothers Isaac Lyman Taylor and Patrick Henry Taylor of the First Minnesota lost contact. The next day, Belle Prairie native Patrick found Isaac’s lifeless body; Isaac had been 26 and was a teacher before the war. Patrick wept as he buried his brother in the wet Pennsylvania soil.

The first to memorialize fallen comrades

The First Minnesota never forgot. After the war, the unit again distinguished itself as the first – this time being the first of all the 1,328 markers and monuments at Gettysburg to memorialize their fallen comrades with a marker placed in 1867.

Modern Minnesotans should take note and observe the Second of July as a holiday: Volunteer Day. Broader than war, this would honor all the state’s committed, brave volunteers who sacrifice for the common good. A day to praise selfless acts; a day to inspire service; a day to remember that Minnesota volunteers have given graciously since the start.

Next year, 2017, will be the 150th Anniversary of the First Minnesota Volunteers’ own remembrance.

And we need it now, more than ever, particularly as volunteerism transcends partisanship. It’s the Salvation Army bell ringer; the Big Brothers Big Sisters; the talented person that forgoes private privilege in favor of public service. It need not seem so lofty; look close to home and you’re likely to find these everyday heroes at arm’s length. My friend Air Force veteran Tom Cocchiarella has raised nearly $700,000 for severely wounded veterans. My dad left the insurance industry after September 11 to serve in the TSA, and mom taught special education to scores of underprivileged kids in St. Paul.

Another teacher, Isaac Taylor, would look back on his fellow Minnesotans with pride. I can’t think of any better criteria for a state holiday than that.

Twin Cities native ML Cavanaugh is a U.S. Army Strategist, a Non Resident Fellow with the Modern War Institute at West Point, and has served in assignments from Iraq to the Pentagon, and Korea to New Zealand. A Contributor at War on the Rocks, he looks forward to connecting via Twitter @MLCavanaugh. This essay is an unofficial expression of opinion; the views expressed are those of the author and not necessarily those of West Point, the Department of the Army, the Department of Defense, or any agency of the U.S. government.

Minnesota should make July 2 a holiday: Volunteer Day. Here’s why.