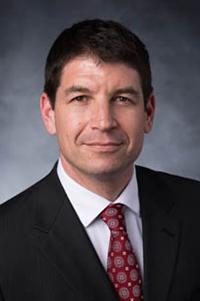 I didn’t know Castile, but based on media and social media accounts he was clearly a man who positively impacted the lives of many children and families in St. Paul, and his life ended far too soon. While a full and thorough investigation is clearly needed to uncover all of the details of what transpired, what we know thus far about his death makes it appear avoidable and unacceptable.

In this moment, I think it’s critical that we take time to grieve, talk, and do some deep introspection about what is wrong and what each of us can do to dismantle racism and help improve police/community relations — particularly relations between police and our African-American community.

I applaud Black Lives Matter and those who have been peacefully protesting in front of the governor’s mansion and elsewhere. By expressing their grief and anger in a very public way, they are reminding Minnesotans and others around the country that change is needed and preventable officer-involved deaths must be eliminated.

The targeting of St. Paul officers with projectiles by some individuals during the July 9 I-94 protest was illegal, completely unacceptable, and if anything will stall progress toward broader community support for racial equity and change. I applaud the protest organizers, Black Lives Matter St. Paul’s Rashad Turner, and others for universally condemning the violence against our police officers.

While in Pittsburgh [the week ending July 9] for a convening of local elected officials from around the country, I felt compelled to express the strength of my feeling about these critical issues through direct action rather than through my more natural state of introspection. I was attending a workshop on police/community relations, when a group of us made an impromptu decision to instead join the Black Lives Matter Pittsburgh protest going on outside.

The death of Philando Castile moved me to participate in a way that I hadn’t been moved to do before, in part because it was so close to home and in part because of the seemingly egregious circumstances of his death. While the act of showing solidarity with the cause of racial and social justice in our country is important unto itself, I didn’t feel like the protest brought us any closer to answers about what it will take to create real change. I hope the continued elevation of these issues in the public’s consciousness will lay the groundwork for that real change to occur. Black lives matter.

If current events are some of the unfinished business of the civil-rights movement, then one lesson to remember is that progress often happens in bursts in terms of policy changes. But real change — changing the hearts and minds of individuals and the practices and cultures of institutions — takes time. And yet the stakes are so high – lives of our black neighbors and our officers are on the line.

Being a police officer has always been a difficult job – coming face to face every day with people who are at their worst, and trying to meet the changing expectations of supervisors, community and elected officials — to be not only keepers of the peace but social workers and mental health professionals, while also functioning in a paramilitary, top-down organization. We ask and expect more of them than we do of ourselves. I cannot and I believe most civilians cannot really imagine what it is like. And today, the job has become even more difficult with the exponentially increased level of scrutiny. But that scrutiny is also bringing to light some serious problems.

I feel equally strongly that for most white Americans, myself included, we have no idea what it is like to be a person of color in this country. For the African-American community in particular, the history of slavery, Jim Crow, and having barriers and odds stacked against them, is an experience unknown or far-removed for most white Americans. African-Americans have been disproportionately impacted by discrimination in housing and access to capital, by the loss of manufacturing jobs, and by the recession and housing/foreclosure crisis. Some of the teenage and young adult African-American men who are on a bad path in our community were young children when the recession devastated their family’s economic security, and unlike many whites many African-Americans did not have family members with resources to turn to for help.

I believe the St. Paul Police Department is doing a better job than most departments training our officers in areas such as de-escalation, minimizing the use of force, recognizing mental health issues and responding appropriately, and at establishing better relationships with community members and particularly community members of color. In the past few years our city has seen a decline in civil settlements for excessive use of force cases, for example. St. Paul is months away from beginning to phase in body cameras throughout the department, which will further aid in accountability and transparency.

The most recent graduating classes from our police academies have been more racially diverse than in the past, though notably still falling short in new African-American officers. Throughout his career Todd Axtell, our new chief of police, has emphasized community relationships as the key to good policing and is creating a new community outreach division within the department.

St. Paul PD has shown great respect for the First Amendment rights of Black Lives Matter and other protesters in our city over the past year, building a constructive relationship with BLM St. Paul and others peacefully protesting across our community.

Despite the relative strengths of St. Paul PD, I hear frustration from St. Paul residents that they rarely see officers get out of their patrol cars and interact proactively with people, and particularly people of color in our community. I also hear anecdotes from people of color in our city who have had negative interactions with St. Paul Police. And I hear that groups of African-American young people gathering in public places feel targeted by police when they are doing nothing wrong.

On the other hand, among teens and young adults who are committing crimes in our community, data suggest that African-American young men are unfortunately highly over-represented. St. Paul officers that I talk to also believe that a growing anti-police sentiment is leading to more and more African-American and other youth refusing to comply with lawful requests and commands, which can contribute to escalation.

In this context, I feel we must move the conversation from concern to action. I want to preface the following ideas and questions by acknowledging that I have no particular expertise in this area:

We must talk — and seek solutions

I do not pretend to have the answers to these very important questions, but unless and until we are continually asking and prioritizing these questions we will fail to do better. As an elected official in the city of St. Paul, I feel compelled to share my thoughts and ideas with you and I ask you to do the same with me, our other elected leaders, and your neighbors. We cannot afford to let this difficult, complex set of topics be too controversial or scary to talk about. We can only honor the lives of those we have lost by talking about these issues more, and with an eye toward real solutions.

I will be in conversation with my colleagues, the police, advocates and community members about what actionable steps can be taken to prevent such a tragedy from occurring in St. Paul or to a member of our St. Paul communities.

Russ Stark, who represents Ward 4, is the president of the St. Paul City Council. This commentary first appeared in his Ward 4 E-News.

Reflections on Philando Castile, policing, and us