For all we like to think of the United States as the light of democracy in the world, we do not provide a very good example. Pew research finds that in voter participation we are fourth to last among OECD countries. The dangers that this puts our democracy in are apparent and obvious. In President Barack Obama’s words, “If 99 percent of us voted, it wouldn’t matter how much the 1 percent spends on our elections.” This topic is well within the public consciousness, but what worries me more often is an issue that does not get nearly as much attention. 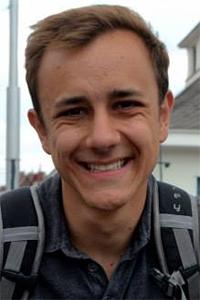 Another threat to the health and legitimacy of our government “by, of, and for the people” is unpaid civic and government internships. For many young aspiring public servants the decision to take — or even apply for — internships (that we have been told we must have in order to ever have a chance of getting a job) comes down to whether we can afford to volunteer our time and still make enough money elsewhere to pay for our student loans and living costs. For many people my age, the decision is already made and the results are not good.

Not an option for many

I was fortunate to not have had to make that decision because my family was able to support me through school (and after). The only barrier to me working in an unpaid government internship was whether I was good enough to be offered one, and if there was enough time to get there between classes. However, for economically disadvantaged students, an unpaid internship is not an option.

The problem with this situation is similar to what happens if one group of people consistently vote at higher rates than others: The other group’s voice will not be heard as it should ideally be. Our government should look as colorful as our electorate. What it comes down to is that regardless of your race, gender, etc., if you occupy a low rung on the socio-economic ladder, you probably can’t realistically afford to work unpaid for at least 15 hours a week.

We can help to ensure the opposite by paying anyone good enough to get an internship a reasonable wage for the work. If we do this, fewer people will have to decide between taking an internship in a government office or a service position working at a restaurant to pay the bills.

Private companies understand that to attract a diverse and talented workforce, they have to offer competitive pay, even for their interns. They see the value that diverse perspectives and backgrounds bring to their companies and they pay for it. There is no reason that the same cannot exist for government internships for the exact same motives, in addition to the fact that we have a moral obligation to keep our civic institutions healthy. By creating barriers to intern-level government work, we are doing the opposite.

Still another injustice: paying for an internship

Another injustice within the current system comes when you include the credits students may earn from their school by using their internship as experiential learning. In essence this means that students must pay for the internship if they want to earn academic credit for it. This seems doubly unjust.

For the health of our democracy, and to show aspiring young public servants that the work they do matters and should supported, we need to change this status quo. I urge and invite elected leaders at the state level to craft legislation that begins to rectify this problem. If you are good enough to get an internship, you should be paid for it, like any other job.

Harold Melcher is a recent University of Minnesota graduate. After working briefly in Washington, D.C., he returned home to work in Minnesota politics and government.

The ugly truth about unpaid internships