My son called me this morning, and he was quite upset. He told me about the shooting of another young black man in the Twin Cities. Philando Castile, 32, was the same age as my son. Both are hardworking young men. But Castile was black, and my son is white.

Castile appears to have been shot and killed for driving while black. It is my understanding that when Castile was pulled over by the police officer, Castile volunteered to the officer that he had a handgun and a permit to carry it. Was the officer now fearful that a young black man with his girlfriend and young child in the car with him, and who had even volunteered he had a gun in the vehicle with a permit, was somehow going to now grab the gun and shoot the officer? That is, frankly and tragically, unbelievable. The officer supposedly told Castile not to move, and when Castile did, he immediately shot him.

Maybe this is where we as a community are given the “but” explanation? But what? Castile should not have been a 32-year-old working guy driving while black and legally carrying a gun in his vehicle — that he told police about? The sad irony is that Castile might still be alive if he had not voluntarily told the police officer he had a gun and permit — or if he had been white like my son.

When will white Minnesota claim and meaningfully address its systemic racism that is killing our black friends and neighbors? Gov. Mark Dayton has now apparently called for a federal investigation and stated this is unacceptable. Maybe that is a good idea. But this response, unfortunately, and with all due respect to our governor, feels to me like it just continues to pay lip service and nibble around the edges at what continues to be an ongoing crisis. And I say that as a Democrat who likes Gov. Dayton. When do we all finally say “enough”?

Many may say, “Wait for the full investigation.” But we’ve seen that, and its brokenness. What if the governor did something bold, like called a special session to address the crisis of our black Minnesota citizens who are not just receiving systemically discriminatory treatment in our schools, employment and the criminal justice system, but are being killed? Seems to me this is more important than the current political posturing about transportation or bonding and what actually should be included in any special session. 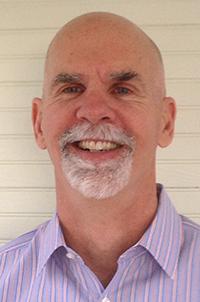 As a start, we need implicit bias training for all officers and the will to provide the money to fund it. There’s a national initiative being undertaken right now to try to address such implicit bias issues in Minneapolis. We can require our police officers to live in the city they work in, so it’s their community. Local governments can’t require that of their police officers; it takes legislative action. Let’s fund community-policing initiatives so officers know the people they are hired to serve and protect. We can and must help our police officers to be better at their difficult jobs. Black citizens’ lives are depending on it.

Show up and demand change

Those of us who continue to enjoy our white privilege and claim to love our state of Minnesota need to get off the couch and Facebook, quit telling people we’re not racists, and actually show up and demand change. We participate daily in systems that foster racism. It’s not somebody else’s problem. It’s our problem, and until we demand real change, the killing will continue. That’s not a tolerable outcome for any Minnesotan, regardless of the color of your skin.

The words of the Rev. Martin Luther King Jr. continue to ring true all these years later: “In the end, we will remember not the words of our enemies, but the silence of our friends.”

Tom Fiebiger lives in Minneapolis and is a recovering civil rights lawyer and politician, having spent 25 years representing workers in North Dakota and Minnesota that were discriminated against. He also served a term in the North Dakota Senate.

In the wake of Philando Castile’s death, Minnesotans must address implicit racism — now, not after an investigation