American political parties are uneasy coalitions of candidates, officeholders, interest groups and voters. They are not unified. They are remarkably diverse and somewhat fluid. Putting together a winning coalition requires compromise. This doesn’t always work. 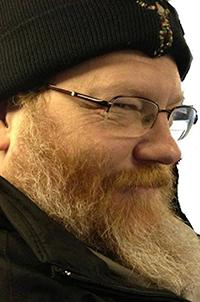 Many people haven’t noticed how diverse the Republican Party has become and how different its collection of voting blocs looks from those of the 1970s, ’80s and even the ’90s. Many continue to talk as if there is only one base for the Republican Party — a claim that is demonstrably false, as evidenced by Trump’s present success.

The presumptive Republican nominee won a plurality of many early contests and eventually shoved all competitors from his path. Trump found a faction of voters that had been ignored by American politics. They are a similar set of voters to those on the left supporting Bernie Sanders: anti-establishment, left behind by the post 2008 recovery.

While some Republicans have endorsed Hillary Clinton, most of them simply prefer to remain Republicans. They cannot be shamed into joining the Democrats or leaving their party. Some are even fervid Trump supporters. Others may publicly proclaim their support for the nominee, but their tepid activities and lack of financial support will eventually undercut Trump’s ability to win.

Not the first time

This election is different. A Republican coalition partner has practically succeeded in nominating someone temperamentally unsuited for the presidency. These voters did so out of deep-seated frustration with the behavior of their other coalition partners’ refusal to get things done. They did so out of frustration with an American political system that seemed to benefit insiders more than the greater good. And they did so as a way of being heard, loudly and clearly, that they were mad as hell and not going to take it anymore. (Apologies to Howard Beale, in “Network” from 1976.)  I see their frustration. I understand their pain. But that doesn’t mean we should vote for an unsuitable candidate or stay home.

I do not support Hillary Clinton for president. I would have much preferred that Elizabeth Dole or Condoleezza Rice had become the first woman president. I will not be shamed into voting for Clinton. And while I understand that only the Republican or the Democratic nominees have a real chance at winning, by voting for a third party’s nominee whose ideas are closer to my beliefs I hope that enough other voters do the same to change the direction of both parties in the future.

I think America can survive either a Trump or a Clinton presidency, though neither will be pretty and neither is likely to get much accomplished. Minnesota survived Jesse Ventura as governor. The American presidency is an institutional presidency. While one person can put his or her mark on it, our system is designed to be slow and deliberate, which is usually a very good thing. But the two major parties are deadlocked in a dead zone that clearly is not working for many Americans.

Voting for a third party now is the only way to encourage movement. Voting is a form of communication. When enough people reject the choices they are offered by the two major parties and communicate that dissatisfaction in the voting booth, the party that listens the most closely will win the future.

Until Americans signal with their votes the directions in which they want the parties to go, we will continue to get more of the same old establishment. By 2020, I hope that is no longer the case.

J. Scott Johnson, Ph.D., is a professor of political science at the College of St. Benedict and St. John’s University. The information, views, and opinions expressed do not represent official information or the views and opinions of his employer. ​