Pollinators, like birds and bees, are a vital part of our agricultural system. According to a White House report, crop pollination by honeybees contributes a value of more than $15 billion to our agricultural system every year. However, according to the UN’s pollinator assessment, “more than 40 percent of invertebrate pollinator species, particularly bees and butterflies, face extinction.” In Minnesota, we’re working hard to rectify this crisis. 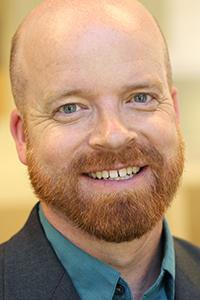 For example, throughout Minnesota, workers are preparing to seed more than 30 million native, pollinator-friendly plants. These low-growing and shade-tolerant flowers and prairie grasses will be established where you might least suspect — under ground-mounted solar panels.

Nationwide prices are plummeting for solar panels, and sites are popping up where there is low-cost land and access to an electrical substation. Minnesota is bucking the American solar industry’s practice of covering these sites with turfgrass or gravel and has encouraged wildflower meadows as groundcover — a common practice in Germany and England.

Acres of pollen and nectar

The timing couldn’t be better for Minnesota’s managed bees and wild pollinators, which have suffered population losses because of dwindling access to food and habitat. These sites will provide multi-acre buffets of nutritious, native plant pollen and nectar to pollinator species.

One of Minnesota’s (and the Midwest’s) largest solar projects is leading the way. Approved by the Minnesota Public Utilities Commission after beating out natural gas in a competitive bid, the Aurora solar project will provide habitat equivalent to more than 500,000 homes having 6’x12’ pollinator gardens.

Enel Green Power North America, Inc. (EGP-NA), a company with more than 15 years of renewable energy experience in Minnesota, is in the process of building the Aurora solar project. The company worked with the Minnesota Department of Natural Resources to create a robust vegetation plan that creates a biodiverse habitat for pollinator species. These sites will also preserve the soil for future farming, and will channel storm water into the aquifer. Further, EGP-NA is working with a local agricultural monitor during construction to integrate the best seeding and soil mix at each site. This will help preserve and protect the farmland throughout the life of the project.

During the 2016 legislative session, agricultural leaders worked with conservation, energy-policy and business leaders to establish the nation’s first standard for pollinator-friendly solar sites. Authored by Rep. Rod Hamilton, R-Mountain Lake, and Sen. Dan Sparks, DFL-Austin, the bill establishes robust and flexible vegetation management requirements for any solar project that is promoted as providing benefits to pollinators, songbirds or game birds. The bill received broad rural, suburban, and metro support, passing the Minnesota House by a vote of 126-0 and the Minnesota Senate by a vote of 62-2. Gov. Mark Dayton signed the bill in to law on May 31.

Construction on the Aurora sites and a few dozen other solar projects has only just begun, and even more projects are in the initial planning stages. Over the next several years, Minnesota will build several thousand acres of solar sites that — based on collaboration with each community — will meet or exceed the “pollinator friendly” standard. As you drive by these sites, don’t just see them for the clean, fuel-free electricity they generate every day, but also notice the benefits provided by the vegetation under and around the panels. With more than 26 million acres of rowcrops, these solar sites will use less than 0.02 percent of Minnesota’s abundant farmland, but can provide healthy food to the insects that pollinate the food we, and our livestock, enjoy every day.

Rob Davis is director of Media & Innovation Lab at Fresh Energy, an independent energy nonprofit. Follow him @RobFargo and @FreshEnergy.