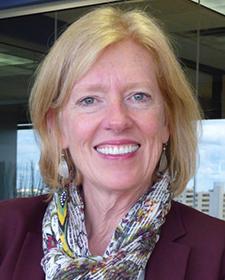 Black Lives Matter protesters have taken to the streets in outrage over tragic deaths of young men at the hands of police officers. Despairing over vicious killings of their own, police and their allies also organize to draw attention to the danger they face and the great courage their jobs require. After Orlando, the country wept at the mass killings at a nightclub. Gay Pride parades that followed throughout the country included protests that made headline news. Mass killings and terrorist attacks in Brussels, San Bernardino, Dallas, Istanbul, Nice, Munich, Anspach and more have created new, widespread fear.

In our collective soul-searching about why this is happening and what we can do to stop it, there is a question that should be added to the conversation: As we seek insight into the trend we are witnessing, can we learn anything from the unparalleled pandemic of violence against women and girls throughout the world?

Disturbingly familiar for women are the requests we hear for understanding of how dangerous daily life is for African-American men, boys, GLBT people and police officers too. They ask, do we understand what it is like to live with constant risk? That any minute a routine part of one’s day may become a nightmare of violence?

Yes, we do. We have understood it from a very young age. The deadly fact of violence has dramatically shaped and constricted the lives of women and girls everywhere in the world.

Killed by their partners

Statistics show that each day, three women are killed by their intimate partners in the United States. A recent New York Times article points out “895 women in the U.S. were murdered by their current or former intimate partners in 2013. … That single year tally is more than nine times the 92 people the New American Foundation has counted as killed in jihadist attacks on American soil in the past decade.” And according to the World Health Organization, at least 35 percent of all murders of women globally were committed by an intimate partner.

And as the Huffington Post has reported, “In the past few years, many of the men who have committed heinous, unthinkable acts of violence against the public have had a history of abusing the women in their lives. Prior to unleashing their deranged violence onto the world, it appears they practiced it against the most vulnerable and accessible targets – those living inside their homes.”

Also notable is the fact that most mass shootings in the U.S. — defined as those in which four people are killed with a gun — are related to domestic violence but they do not make front-page news. Again, according to Huffington Post: “[I]n 57 percent of the attacks, the perpetrator targeted either a family member or an intimate partner.”

These figures are just the murder statistics; they do not include rape, physical assault, or behaviors that humiliate, intimidate and isolate women and girls. And these are just the cases that have been counted. Many places where there are rampant honor killings, acid maiming, dowry deaths and unchecked systemic domestic violence don’t keep statistics on this violence – and further there are often no laws to even prohibit it. For many in the world, simply surviving being born female is the biggest challenge.

In addition to knowing a lot about living with violence and its constant threat, women may know something about its cause that can be useful to shaping the path forward for everyone.

Decades of research on the most common form of violence against women – that committed by intimate partners and within the family — has taught us a lot. At the root of violence by intimate partners and within the family is a desperate quest for power and control — particularly that power that has traditionally defined masculinity. We also know that this violence escalates when there is a threat to that power and control.

This is information we can use broadly. The forms of violence we see today have a common driving force — an urgent need to hold on to an identity that is defined by power. The ISIS identity, for example, is rooted in the conquest of western culture, a global caliphate that controls all. So too, at the core of racist and homophobic violence is a desperate effort to hold on to traditional power and control and the perceived threat to an identity that is dependent on inequality and subjugation of the “other.”

As understanding and data grow about the endless reach of violence against women and girls and the devastating effect it has had on our world, there has been an increasing call to men. It is a direct call to examine the definition of masculinity and how it is connected to violence. This call needs to reach a wider audience than those working to end violence against women and girls.

It needs to reach everyone. The quest for power and control is killing us all.

Cheryl Thomas is the founder and executive director of Global Rights for Women, a local nonprofit working to end violence against women around the world. She has been working in human rights since 1993 and with the U.N. since 2008. A graduate of Simpson College and the University of Minnesota Law School, Cheryl is dedicated to achieving global women’s human rights. Cheryl invites you to learn more about Global Rights for Women at its annual event this Oct. 6, where she will talk with feminist icon Gloria Steinem about what it means to be a woman in the world today and why ending violence against women is so critically important.

In this violent world, learn from women