As we saw in the Jamar Clark case, federal civil rights prosecutions require a threshold of evidence that is nearly impossible to meet. Prosecutors must prove that officers acted “willfully” to deprive a citizen of their civil rights. Officers can only be held accountable for conscious, intentional bias; implicit bias — though proven to influence behavior and decision-making, especially in police encounters with black men — has no place. Is it time to change the federal standard?

While calling for a federal investigation is an appropriate response to the gravity of the shooting, it is unlikely to provide a different outcome from prior investigations, such as that of Minneapolis police officers Mark Ringgenberg and Dustin Schwarze in the shooting death of Jamar Clark. On June 1 federal prosecutors announced that they found “insufficient evidence” to pursue a case against the officers, who fatally shot Clark in the face on Nov. 15, 2015.

U.S. Attorney Andy Luger declared that the evidence failed to meet the high threshold for federal civil rights cases, a threshold that judges and legal scholars acknowledge is one of the most difficult for prosecutors to prove: that officers acted “willfully” — that is, intentionally — to deprive a citizen of their civil rights. The standard of proof is indeed so high in cases of officer-involved shootings that since 1995 only 4 percent of federal civil rights complaints have been prosecuted, according to an investigation by the Pittsburgh Tribune-Review.

The willfulness standard dates to a 1945 Supreme Court precedent, Screws v. Georgia. Claude Screws was the sheriff of Baker County, Georgia, when he beat to death an African-American man, Robert Hall, in Hall’s home. Hall was suspected of stealing a tire. Screws was convicted by a grand jury of violating Hall’s civil rights, a conviction that was overturned when the U.S. Supreme Court decided that it was uncertain whether Screws intended to violate Hall’s civil rights when he killed him.

A Georgia sheriff beats to death a black man suspected of petty theft; this is alarming, but unsurprising, for 1945. The question is, by relying on this precedent to determine civil rights violations today, are we serving up 1945-style justice in 2016?

In order to be convicted in a federal civil rights case, an officer must be shown to have acted upon conscious, intentional bias: prosecutors would have to cite racist remarks, for example, and directly connect them to the decision-making process. The Screws decision and its aftermath show that this was difficult to do even in 1945, when overt racism was more common. Since 1945, bigotry has declined, but systemic racism is alive and well.

How do we hold individual officers accountable for actions that reflect systemic bias?

We could call upon Congress to lower the willfulness standard, as Attorney General Eric Holder proposed in 2015. But the process would face steep opposition to federal intervention, says Chief Hennepin County Public Defender Mary Moriarty.

Change sought in ‘political will and priorities’

Civil rights advocates do not necessarily support this kind of change at the federal level. Craig Futterman of Chicago’s Civil Rights and Police Accountability Project argues instead that “there should be far more and vigorous prosecutions at both state and local level” and emphasizes that we already have the legal tools to enforce police accountability, but need a change in “political will and priorities.” Futterman hopes “these numbers may be changing because of activism and public attention.” 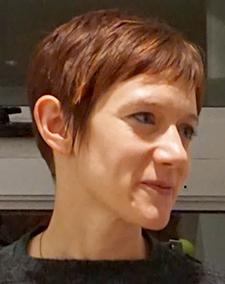 Teri Nelson of the Minneapolis ACLU claims Congress could find ways to “give the Act wider scope,” and a Hennepin County district judge consulted for this article said it would be possible to interpret the willfulness standard to include recklessness. Like Futterman, the judge framed the problem not as one of legal restriction, but a lack of political will.

News Day blogger Mary Turck prioritizes systemic change over individual prosecution: “The value of federal investigation is not that it may produce a federal civil rights prosecution, but rather that it may produce action to reform an entire police department.” In this judgment Turck aligns with legal scholar Rachel Harmon, who argues that the federal government is suited to facilitating and incentivizing reform, but doing so beyond the courts.

It is only since The 1994 Violent Crime Control Act that the federal government has had the authority to scrutinize local police departments engaged in systemic civil rights violations. This law that has been used to initiate DOJ investigations in Baltimore and Ferguson, and could be used in Minneapolis and St. Paul. Police departments found to exhibit a “pattern and practice” of excessive force and civil rights violations can be sued and compelled, under what’s known as a consent decree, to change those practices.

Calls for a special prosecutor

Amidst ongoing protests at the Governor’s Residence, Minneapolis NAACP President Nekima Levy-Pounds is calling upon the governor to appoint a special prosecutor in the case of Philando Castile, stating, “We have not held one single officer accountable for shooting an unarmed civilian in the state of Minnesota over the last decade or more. That is problematic.” A special prosecutor provides greater independence from the county attorney’s office, which works closely with the police department.

In order to increase systemic accountability, the federal investigation must include entire police departments: St. Anthony, St. Paul, and Minneapolis. Without a structure of accountability, even the officers involved in the most egregious cases face few consequences. Levy-Pounds criticizes Minnesota’s poor track record, stating, “We do not have a public corruption unit as similar to other jurisdictions around the country. … There is no independent body that ensures that justice was served and that the investigation was carried out in a fair and impartial manner.”

In cases of police shootings, charges could be brought against officers for negligent homicide, battery, or second degree murder. Minnesota Attorney General Lori Swanson could initiate civil action, and the state board of Peace Officer Standards and Training could enforce misconduct laws, including decertifying officers who have acted negligently or recklessly to endanger citizens.

Involving the state-level Bureau of Criminal Apprehension in the investigation of the Jamar Clark shooting was initially hailed as a step forward from the grand jury process for Hennepin County Attorney Mike Freeman. While the BCA investigation provided greater transparency than a grand jury, however, the outcome was familiar: no charge.

Moriarty emphasizes that the most significant changes will come not from federal or state intervention, but through local policy: “Without specific department policies governing de-escalation, officers like Ringgenberg and Schwarze can’t be disciplined or fired. We need to have clearer policies governing how officers approach and engage with citizens.”

Minneapolis NAACP members Jason Sole and Rachel Wannarka have argued that in the Jamar Clark case officers in fact did violate existing MPD policies, and express the hope that the pending internal investigation will result in their termination. In addition to internal investigation, civilian oversight bodies such as the Minneapolis Office of Police Conduct Review and the Police Conduct Oversight Commission could play a role, but currently lack the authority or incentive to make substantive change. Of 962 complaints submitted to the OPCR since 2012, for example, only one officer [PDF] has been disciplined.

Moriarty is in agreement with Harmon that police departments and local governments could do more to protect civil rights by raising hiring standards, improving training, developing better policies, and supervising and disciplining officers more effectively. Futterman emphasizes breaking police departments’ notorious “code of silence” by increasing training on ethics and bias, implementing de-escalation policies, enforcing consequences for officers who violate policy, and protecting those who expose abuses of power. Along with Futterman, Moriarty stresses the power the public holds to create change: “I think many people don’t realize the incredible influence they have in holding police departments and public officials accountable. The public outcry we’ve seen in Minneapolis is changing the game.”

While there is little reason to believe that a federal investigation will result in a charge toward Officer Yanez, a wider investigation into police accountability in the Twin Cities is critical. As a greater segment of the population takes note of lawsuits filed in cases such as Clark, Castile and — as of last week — Paul O’Neal, we must understand the legal tools at our disposal, including their possibilities and limitations.

K.C. Harrison teaches courses on race and criminal justice at the University of Minnesota.

Why the federal investigation of Philando Castile’s death will fail