The plan for the new Minnesota United FC stadium has been approved by all the relevant parties and is moving forward toward construction. Over the course of the next one to two years, a number of ancillary details will need to be worked out. One of these details is providing adequate transportation for fans going to the match. In the city’s own study of the issue, a significant number of fans were expected to arrive via dedicated park-and-ride shuttles from other parts of the metro, which is one of the biggest unknowns about how the Midway location will work. These shuttles do not yet exist and it’s not entirely clear how they will be provided. A third of fans are expected to arrive by rail, which may necessitate upgrades to the capacity of the Snelling Avenue Station and another third by car, which will require arrangements with nearby parking lots. 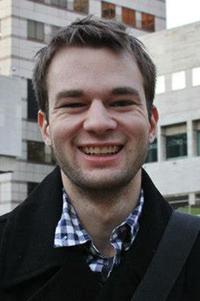 The study also estimated about 2 percent of fans will bike to the stadium. But in contrast to virtually every other mode, there has been very little public discussion about what infrastructure investments could be made to serve this group (and increase this percentage). That’s surprising, because there is an easy, obvious, and very worthy answer to that challenge: expand the Midtown Greenway across the river.

As you likely know, the Midtown Greenway is a biking and walking trail that runs across South Minneapolis from Lake Calhoun/Bde Maka Ska to the Mississippi River, using half of an old sunken railroad route. It is the crown jewel of Minneapolis’ biking infrastructure. Recently, it was determined that Minneapolis had passed 5 percent bike commuting mode share (that is, 5 percent of Minneapolitans bike to work), the second highest of any large American city. The Greenway is one huge reason why.

In that same data, we learned that St. Paul had achieved 2.1 percent mode share, its best result ever. The city is currently in the process of carrying out its own bicycle plan, and should see that number rise in the future. But a decade ago, St. Paul was closer to Minneapolis, and had hopes of having its own Midtown Greenway. That route would continue from the Minneapolis terminus, cross the river on the basically useless Short Line Bridge and continue along the railroad route, into St. Paul along Ayd Mill Road, and eventually into downtown St. Paul.

There was only one problem. Canadian Pacific, the railroad which owned the “right-of-way” (the area around its tracks) didn’t want to let Minneapolis or St. Paul build a bike trail on the unused shoulder of their tracks to the east of the river. The parties negotiated for years, and eventually St. Paul got mad, tried to take the land by eminent domain, everyone sued each other, and the city (and bicyclists around the metro) lost, and the idea has been moribund ever since.

Courtesy of the author
A proposed Greenway extension route.

It ought to be revived immediately. There is no time like right this very second for Minneapolis, St. Paul, and Minnesota United (and MnDOT, Hennepin and Ramsey Counties, and the state legislature) to get together and figure out a way to get this done. The better part of a decade has passed since the issue was last negotiated.

That’s a long time. Too long for such a valuable idea.

The soccer stadium ought to be the catalyst for this project. It is in the interest of the team, fans, and the government to extend the Greenway at least as far as St. Anthony Avenue, where a protected bike lane could carry riders the rest of the way to Snelling Avenue and the stadium site. This segment would build just under 2 miles of new bike route, but it could be a massive benefit to the Midway area and the Union Park neighborhood. It would provide a direct route to South Minneapolis from St. Paul while bypassing the notorious Marshall Avenue hill, which is currently the only route for bicyclists to make this trip. It would provide a direct route from the soccer stadium to a demographically perfect hotbed for fans in Uptown and Lyn-Lake. It would help restart progress on completing the entire length of the Greenway, which has been stalled for so long, and which could help St. Paul’s mode share numbers start to approach Minneapolis’.

Why is nobody talking about this? Perhaps the powers that be have already ruled it out behind the scenes. Perhaps it’s been viewed as more trouble than it’s worth. Perhaps the situation needs to be put in the spotlight. Perhaps fans who would use a dedicated bike trail to reach the stadium should raise their voices in support.

Achieving this long-frustrated goal would not be easy, but good things never are. What’s more important is that it is crucial. If St. Paul, Minneapolis, and Minnesota United FC want to promote bicycling and specifically to promote bicycling to the stadium, this is the one way to do it that will make more of a difference than anything else combined.

If anyone needed an excuse to get this project back on track, that excuse has arrived.

Alex Schieferdecker is a New Yorker who went to school in Minnesota and got hooked on Minnesota United FC. He now lives in Philadelphia, where he’s studying city planning at the University of Pennsylvania. This article was first published by FiftyFive.One, an online magazine that explores the nexus of soccer and culture. Republished with permission.

Alex Schieferdecker is a New York City native. He graduated from Macalester College with a major in Geography and an Urban Studies concentration. He’s currently stationed on the border between Minneapolis and Saint Paul, living the Green Line life. He also writes about Minnesota soccer for The Loon Call. His Twitter handle is @theschief.

The Midtown Greenway is the missing piece of the St. Paul soccer stadium plan