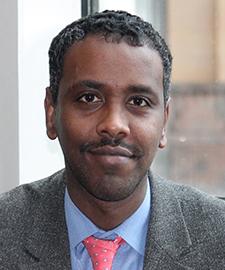 Like all of my constituents in the Sixth Ward of Minneapolis, I was horrified to learn about the recent stabbings of nine people at a mall in St. Cloud on Saturday night. The attacker not only caused significant bodily harm, but attempted to threaten our sense of safety and security in our own neighborhoods.

Nobody should live in fear for their safety, and we must all do our part to keep our communities safe. This is also a time where Minnesotans are faced with a choice: We can stand together, stronger, united against violence, living our values, or we can devolve into partisan bickering and bigotry. I have faith in my fellow Minnesotans; we understand that an attack on any Minnesotan is an attack against all Minnesotans. We cannot allow politicians and the media to use this attack to divide us.

As an American who is a Muslim, black and an immigrant, I don’t see attempts to divide Americans along religious or other identities as just a tweet or a talking point. Anti-Muslim and anti-immigrant bigotry undermines the values I strive to live out in elected office every day: American values. I took an oath of office to serve all the residents of the Sixth Ward, not just those who pray the same way I do or who came from the same country of origin. We must address all heinous acts based on evidence and not single out an entire group of people based on their faith.

We know what our values are and we won’t compromise.

Earlier this year, a group of prominent Republicans and Democrats declared anti-Muslim bigotry to be “UnMinnesotan” in a full-page ad in the Star Tribune. John Taft, CEO of RBC Wealth Management, described the effort as “a declaration that we not going to tolerate intolerance against Muslims in Minnesota.” Those are the values I love about my home state and why I know our communities will reject fear mongering imposed by national media and politicians.

After leading the public safety response to the stabbings, St. Cloud Police Chief William Blair Anderson went on cable news to answer questions. As we’ve sadly come to expect, the anchors wanted Anderson’s hot take on attacking all Americans of Somali descent. Anderson wouldn’t have any of it. He made all Minnesotans proud by telling a national audience, “I can tell you that the vast majority of all of our citizens, no matter their ethnicity, are fine, hard-working people, and now is not the time for us to be divisive. We already have a very cohesive community, and I expect that this will draw us even closer together.”

The cable anchors pressed him to attack a group of people, but he refused. He reiterated, “We actually work very well not just with our East African community, but all of our community,” adding “It’s one of things that makes St. Cloud a wonderful place to live, and I know that might sound corny, but it’s the truth.”

Today, Minnesotans of all faiths and backgrounds have stood together in condemnation of these violent attacks. Our diversity is what makes us stronger, and even when national politicians seek to make Minnesota a citation in their litanies for hate-filled agendas, our local leaders are working to keep us safe and bring us together. This is not a time to win political points. This is a time for all elected officials, particularly local government, to stand together united in the face of violence.

It’s easy to come together when times are easy, but this is when our unity and resolve are tested. This is when it counts. An attack against one Minnesotan is an attack against all Minnesotans. We must stand together with New York, with New Jersey, and with the rest of the country, and we must serve as an example of what American unity looks like. We will not allow these attacks to taint the way we view each other. It’s simply not Minnesotan.

Abdi Warsame is a member of the Minneapolis City Council, representing the Sixth Ward.

Out of tragedy, Minnesotans stand together