When Dakota County voted to pull out of the current scheme for funding transit capital projects, it underscored what has become increasingly apparent. The Twin Cities’ system for planning, developing and operating transit is cumbersome, inefficient and increasingly dysfunctional. 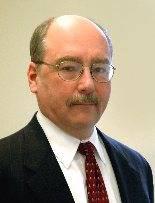 Nearly 50 years ago, when the Legislature created the Metropolitan Council, it decided that certain public services – notably transit and sewers – could be provided more efficiently and effectively at a regional level. But over the years, the council’s powers over transit have been seriously eroded and the counties have assumed the driver’s seat.

In 1980, the Legislature authorized each of the metro counties to establish a regional rail authority with broad authority and taxing power to promote and develop rail projects, including commuter rail and light rail transit (LRT). They became the primary vehicles for evaluating transit alternatives in major transportation corridors, and recommending the preferred mode and alignment to the Met Council.

In 2008, lawmakers went a step further, authorizing the creation of the Counties Transit Improvement Board (CTIB). It gave metro counties the option to join the board and levy a quarter-cent sales tax as well as a $20 per vehicle excise tax – primarily to help fund the development and operation of bus and rail transitways. In the process, it effectively undermined the Met Council as the region’s premiere transportation planner.

Five of the seven counties – Anoka, Dakota, Hennepin, Ramsey and Washington – chose to join and levy the taxes. But members of the Dakota County Board have now voted to withdraw by the end of 2018, if not sooner, saying they have contributed 13 percent of the board’s revenues but received just 7 percent of its pooled funds. There have been hints that several other counties could follow.

Some would argue that the county-led system has worked well, producing the highly successful Blue (Hiawatha) and Green (University Avenue) LRT lines. In 2015, the Blue Line averaged more than 31,000 riders per weekday and the Green Line more than 37,000 – both exceeding the original estimates.

But the system provides incentives for the counties to minimize the costs and problems associated with their pet projects, and push for their development – whether or not they are regional priorities. A few examples:

Parochialism is not the only problem that besets the current system for developing improved transit. These problems include:

Accountability and transparency: If the average citizen is trying to monitor a given transit project or see how his/her tax dollars are being spent, where does such a person turn? To the Met Council? Metro Transit? CTIB? His or her county rail authority? As a recent Citizens League report pointed out, depending on the status of the project, it might be one or two of these agencies – or all of the above.

Efficiency and effectiveness: The present funding scheme for major capital projects is strongly tilted in favor of rail, where buses might be the more cost-effective option. In 2015, Metro Transit provided 86 million rides, with 62.1 million on buses. Most transportation experts believe buses will continue to be the backbone of the region’s transit system for decades to come. But Metro Transit, an operating arm of the Met Council, most often is scrambling for dollars just to keep the present bus system in operation, much less expand service.

Adequacy:  With respect to major transitway projects, the region’s biggest challenge is securing commitments for the 50 percent state-local funding needed to qualify for matching federal funds. The practice has been for CTIB to provide 30 percent, the participating county or counties 10 percent and the state 10 percent, but Republican lawmakers in recent years  have blocked any state funding.

To keep the $1.86-billion Southwest LRT project alive, Gov. Mark Dayton and the Met Council were forced this year into a risky stop-gap funding plan that will keep it eligible for federal funding. But it hardly represents a viable solution for funding future transit improvements.

In an ideal world, the Legislature would take a fresh look at the role of counties in transit, reinstate the Met Council as the region’s lead agency for transit planning and governance, and provide it with an adequate funding source – one that would allow the Twin Cities to keep pace with other major metro areas. But that is unlikely to happen.

Critics say the 17-member council already has too much power for a body appointed by the governor. But past legislatures and governors repeatedly have rejected proposals to make the council elective, fearing it would become too powerful and too independent.

Moreover, neither the Met Council nor transit has had a lot of champions at the Capitol, particularly in the Republican-controlled House. Any significant improvements in the system would require major changes in the composition and priorities of the Legislature.

Steven Dornfeld was a longtime government reporter for the Minneapolis Tribune and the St. Paul Pioneer Press, covering the Legislature, politics and public affairs. More recently he has written for MinnPost. He also worked as an editorial page writer and editor for the Pioneer Press. From 2003 to 2011, he was the Metropolitan Council’s director of public affairs.

The Twin Cities transit system is seriously off track