I’m angry, frustrated and more than a little worried about the possible outcome of the U.S. presidential election. And I’m not alone. Distressing new data from the nonpartisan Pew Research Center confirmed what many of us already know in deep down in our bones: 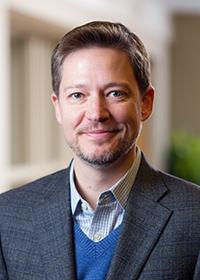 Maybe the most disheartening thing, at least to me, is just how many of us are tempted to vote for a candidate that we consider to be “the lesser of the evils.” According to the Pew’s poll, about a third of both Trump and Clinton supporters describe their candidate so tepidly.

Of course, many of our fellow citizens simply may not vote at all. These potential abstainers are younger (and sometimes older) folks who self-identify as independents or just can’t identify with any of the choices on the board.

It’s time to stop ignoring the elephant in the polling booth. (Sorry, I can’t help the pun.) Elections serve as the bedrock of our democracy, but we are deeply frustrated by them. They aren’t working.

Elections function only to the extent that we trust them to actually represent our choices. We can probably stomach our candidate losing if we really believe that the results of an election reflect the sincerest wishes of the people as a whole. More and more, however, citizens – me included – are losing faith.

As desperate as our national electoral situation seems, there are very simple and immediate ways of improving things. One of the simplest and swiftest would be to replace our current “first-past-the-post” national voting system, which does not require candidates to have the backing of most voters to win, with ranked-choice voting (“RCV”) or instant runoff voting ,as it is sometimes called. We use RCV here in Minneapolis and St. Paul with great success, as do other cities and countries around the world.

The current national system – “first-past-the-post” — is ill equipped to handle more than two serious candidates. A winner can be elected with far less than a majority, while other candidates split the vote. Basically, in our current system, candidates have no incentive to appeal to a broad spectrum of voters to win. Instead, they pander to their base and attack their opponents, trying to drive voters away from them. Any third-party candidates just become ruinous “spoilers” who help the person the spoiler’s supporters prefer the least.

That’s precisely why Bernie Sanders reluctantly dropped his bid as a potential third-party candidate after losing the Democratic nomination. He knew that if he stayed in the race he would funnel votes away from Clinton, which ultimately would benefit Trump, his least favorite presidential candidate. For the same reason, Michael Bloomberg decided not to mount an independent campaign for president.

Even without these big names in the race, Libertarian Party’s Gary Johnson and Green Party’s Jill Stein may throw the election to Trump.

Under ranked-choice voting, a vote doesn’t get wasted and third party candidates have a meaningful role to play in politics. RCV gives voters more choice, helps ensure that that choice gets “counted,” and reduces or even eliminates the problems of “spoiler” candidates.

Ranked-choice voting is simple: Voters choose their most preferred candidate, but also have the option of ranking additional candidates. If a candidate receives a majority of votes – more than 50 percent of the votes – they win. Period. In this sense, RCV vindicates our intuition about majority choice.

But if no candidate wins a majority of the votes, then the least popular candidate gets eliminated and her or his ballots are divided among the remaining candidates based on voters’ second choices. If there’s still no majority, the process repeats until one of the candidates emerges with a majority of votes.

No voting system is perfect, but ranked-choice voting solves many of the problems that are plaguing our national election process. In a nutshell, RCV provides at least these benefits in comparison with our current system:

As frustrating and alienating as elections have become, we can’t simply throw our hands up in the air and opt out of the system. We need elected officials who really represent our collective interests, who focus on meaningful solutions to the real challenges that we face, and who spend their time in a campaign providing us with information about those solutions rather than on strategic posturing to win. We need a system that respects and counts every citizen’s votes; especially younger voters are fast losing faith in a democracy where their votes don’t reflect their beliefs or interests.

For my part, I believe that ranked-choice voting offers a simple and immediate path to fixing many of our election troubles. I encourage you to learn all that you can about it and, if you are persuaded as I have been that it could work, join me in demanding that our state and national representatives lead the way in making it a reality.