This Sunday marks the 35th Twin Cities Marathon. Several thousand runners, including me, will embark on the race that begins in downtown Minneapolis, winds through the chain of lakes, proceeds up West River Parkway, across the Mississippi and down Mississippi River Boulevard, and then down Summit Avenue to finish at the state Capitol. 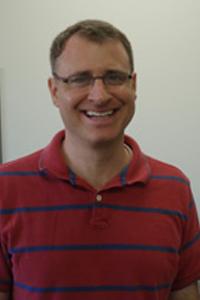 As recently as 5 years ago, I never would have imagined that I could finish a marathon. I played basketball in high school, but never really had that much endurance. I ran a few 10-mile races in my 20s, but was plagued by various foot problems. So I basically gave up running for many years. But in my early 40s, I tried again, and years of not running seemed to have helped my foot considerably. After a few half marathons, I thought I should go for the big race, and so here I am ready to start my third.

The benefits of running and of exercise in general have been widely documented in numerous major studies in recent years. Health and fitness experts are increasingly arguing for the important role that physical movement plays in our health. By using everything from standing desks to fitness trackers, many people appear to be taking this advice seriously and are trying to change their sedentary ways.

It’s a challenge in our culture

At the same time, giving priority to healthy lifestyles is an ongoing challenge in our culture. Junk food of all kinds is relatively cheap and easily accessible. Gym memberships and simply having the leisure time to exercise are largely correlated with economic class. Runners are not a representative sample of the population. And while the serious problem of “food deserts” has entered popular discussion, we still have a way to go to create a popular culture in which health and fitness play a more central role.

After all, we live in a world where soda and fast-food companies are major sponsors of the Olympics and professional sports leagues. The contradictions with such sponsorships are beyond troubling, and send the worst possible messages about to the nation’s young people, so many of whom idolize athletes. One wonders, only half sarcastically, what might be next: tobacco companies sponsoring the health-promoting organizations? Liquor companies sponsoring addiction treatment centers?

If you ask any runner, they will tell you the many benefits of running that go beyond the obvious. Pushing yourself in a manner that feels good both physically and psychologically, running addresses many human needs. It can be a time of mindfulness, allowing us to notice so many of the things in the world that we fail to notice in our daily lives. During a run, the mind can wander, allowing one to think about what is truly important in life. Running can also be an escape from the many challenges of everyday life. Whatever issues one faces are more easily addressed after one completes a run. The nature of your thought changes during vigorous exercise, especially when doing it outdoors, and life and all of its problems become, for a little while anyway, much more manageable.

The energy is indescribable

Yet I don’t consider myself a real runner. In other words, I am not a natural. And this is what makes the Twin Cities Marathon such a joyful experience, particularly for those of us not native to the area. The course is lined with tens of thousands of people, so many of whom root for each and every race participant. The energy throughout the course is indescribable. It’s a 26-mile party. In the two marathons I have run to date, I honestly cannot recall how many complete strangers have looked me in the eye and cheered for me as if I were their best friend, or brother, or son, or grandson, or dad. While I will have my handful of family members and friends supporting me Sunday, when you have run 20 miles, and are faced with the long, painful grind from the Mississippi River uphill to Snelling along Summit Ave., it is impossible to say how much all this spectator support means.

So from all of us runners, particularly those of us who are not naturals, thanks to all of you! The marathon just would not be the same without you.

And start moving. Your body, mind, and soul will thank you.

Neil Kraus, of St. Paul, is a professor and chair of political science at the University of Wisconsin, River Falls. He is the author of “Majoritarian Cities: Policy Making and Inequality in Urban Politics.”

On Twin Cities Marathon weekend, counting the joys of running