In an increasingly polarized political climate in the U.S., there is one topic that has gained support across party lines: action to keep prescription drug costs low. More people are paying attention to prescription drugs because of a large spike in costs, leading to a frenzy of media attention on the issue. The most notable cases of this were when life-saving drug Daraprim was increased 5,000 percent overnight by Turing Pharmaceuticals, and the recent 450 percent price hike of the EpiPen. At least 83 percent of all Americans favor action that requires drug companies to release information to the public on how they set their prices, and at least 73 percent favor limiting the amount that pharmaceutical companies can charge for high-cost drugs for illnesses like cancer or hepatitis. 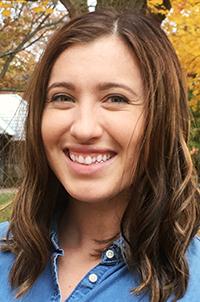 Increasing drug costs have led to more state spending on government-funded health care. The Minnesota Department of Human Services estimated that the dramatic price increase of the EpiPen has cost the state at least $4 million this year alone. After the implementation of Obamacare, Minnesota’s Medicaid (state-funded health care) enrollment substantially increased. For the first time ever, over 1 million Minnesotans are utilizing Medicaid services. Although this increase in spending isn’t necessarily a negative thing, the current system is not efficient in keeping prescription costs down. According to the Medicaid and CHIP Access Commission, prescription drug spending for Medicaid increased by 24 percent in 2014, which is almost twice the rate for the entire U.S. in that same time frame.

Why are prescription drug prices increasing? According to a recent publication in the Journal of the American Medical Association, pharmaceutical companies are able to charge high prices based on two market forces: protection from competition and negotiating power. Brand-name drug companies are able to avoid competition in the marketplace due to patent-related exclusivity and FDA regulations. These policies allow the companies to sell their medications without the introduction of a cheaper generic alternative.

Medicaid works to negotiate prices with pharmaceutical companies by entering into agreements on what medications are available to Medicaid enrollees. In exchange, producers offer a fixed discount on their average cost. However, the pricing data lie within the pharmaceutical companies and there is little to no transparency on how medications are priced. This allows drug manufacturers to set their own costs for the prescription medications they offer.

An outcomes-based system would change that. This model would save money by charging prescription drugs on how well the medication works, rather than giving producers unrestrained power over pricing. For example, a medication would be analyzed on its effectiveness and cost, and then compared to existing treatments. If it didn’t meet or exceed expectations on these criteria the cost may be lowered to meet a lesser standard. The idea behind the model is quality over quantity.

Not a new concept

Outcomes-based pricing is not a new concept. It is the norm in many industrialized countries, which is why prescription drugs in the U.S. cost 2 to 6 times more than other developed nations. The Institute for Clinical and Economic Review has explored the possibility of an outcomes-based pricing system for prescription medications in the U.S., and in September, the Center for Evidence-Based Policy at Oregon Health & Science University began designing models specific to Medicaid. To demonstrate how health-care companies could use this model to evaluate drug costs, Memorial Sloan Kettering Cancer Center created an interactive tool called “DrugAbacus” that demonstrates how a value-based pricing system could be realistically applied to cancer drugs.

These research and design efforts aren’t enough to effect change in Medicaid’s purchasing power over pharmaceutical companies. If politicians would like to appeal to the American people’s concerns over high prescription drug prices, they’ll consider policy options that incorporate an outcomes-based pricing model for Medicaid instead of allowing pharmaceutical companies to collect the most money possible out of taxpayers.

Allison Aase is a master of public health student studying policy and administration at the University of Minnesota. She currently lives in St. Paul and is from New Prague.

How high can drug costs soar before we reform Medicaid?