The Cleveland Indians and the Chicago Cubs together in the World Series is a big deal for me and I’d like to share why I’m rooting for both teams. 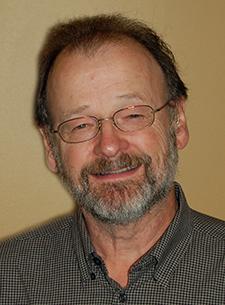 I was born in 1946 and grew up in Sandusky, Ohio, a town on Lake Erie that was about 75 miles west of Cleveland. In the early 1950s, we got our first used television set, a tiny thing with a 10-inch screen that was part of a heavy console that also contained a record player and a tube-powered radio. A tall antenna atop the old three-story parsonage where my family lived pulled in a few stations from Cleveland — all in black-and-white, of course. And that’s how we watched the Indians.

The Indians were a powerhouse team in those days. They had won the World Series in 1948 and in 1954 they racked up 111 wins and the American League pennant before being swept by the Giants. While the loss of the championship was a disappointment, Cleveland’s winning season — 111 games! — set a major-league baseball record that stood for more than four decades.

The Chicago Cubs, by comparison, won 103 games this year and were the favorites to win the championship until they fell behind 3-1 — only to make a miraculous two-game recovery. Now the whole thing depends on the seventh game tonight.

Our drafty old manse was wedged between a boarding house and a gas station, but there were two city parks nearby that had ball diamonds. Pickup baseball games with the neighborhood kids were a routine summer pastime. Two of my brothers and I had one bat among us, plus an assorted collection of beat-up gloves. By summer’s end, our baseball usually had lost its cover and was wrapped with electrical tape.

After I took a hard-hit baseball in the face and broke my glasses — for the umpteenth time — my parents tried to get us to play softball. But softballs in those days couldn’t take a good smack with a baseball bat and they would get lumpy. Besides, softball was sort of a girly game. And baseballs fit in the mitt just right, with a nice smack.

We watched games on TV, of course. But we never dreamed of actually going to see the Indians play in Cleveland. That was too expensive for a big family living on a preacher’s salary. Besides, dad didn’t have much interest in sports.

Then one day, one of the wealthier members of the church — Mr. John Hay — asked my dad if I would like to go with him and his son, John Jr., to a baseball game in Cleveland. Junior was my age, but he lived in a different part of town and went to another school, so we seldom saw each other. But I was thrilled to be his “friend” for the day.

Event of a lifetime

The Hays, father and son, had apparently been to many baseball games in Cleveland, so this was no big deal for Junior. For me, however, it was an event of a lifetime. As I walked up the ramp to their seats in the stands behind home plate, a vast lawn — the greenest, most uniformly perfect grassland I had ever seen in my life — suddenly seemed to rise up below me.

Mr. Hay later told my dad that my first words were spoken in shock: “It’s in color!” In my mind’s eye, I only saw the Indians playing in televised black and white. Mr. Hay, according to my dad, thought this was incredibly funny.

After we were seated, Mr. Hay gestured to the vendors hawking hot dogs, peanuts and other things and announced, “You boys can have anything you want.”

I had never heard such a thing: Anything I wanted! He had to be kidding. The closest thing I’d ever gotten to such junk-food largess was when my dad would end a Sunday afternoon drive by pulling into a Dairy Queen and announcing, “Ten-centers for everyone.” And we would cheer with joy: a step up from the usual five-cent kiddy cones.

So I asked for a hotdog and a Coke, the same thing Junior ordered. And after I wolfed down the hotdog, Mr. Hay asked if I’d like another one. Sure! I gobbled that one down, then promptly threw up on my tennis shoes, though some of it fell on the shoulders of the man sitting in front of me.

All that was forgotten, including the dirty look from the vomit-spattered man, as I got lost — not in the game itself, but in the scene that enveloped me: the sounds, smells, the chattering, otherworldly quality of the day. I scarcely remember the game.

Flash forward more than a decade and a half to 1967, the summer I spent working at a Ford plant in Chicago Heights between my junior and senior years in college. I shared a dumpy little efficiency apartment with a college classmate, both of us working the night shift at the Ford parts-manufacturing plant. But our apartment, dumpy that it was, became a social hub for other classmates who lived in the Chicago area.

And on weekends — usually Sundays — we often squeezed into my roommate’s old Chevy, a gang of five or six guys, and went to Wrigley Field to watch the Cubs play a daytime double-header in a park that didn’t have lights for night games. We paid one admission to see both games, sometimes smuggling six-packs of beer into the park under folded jackets, and we always scored good seats by simply walking into empty box sections in a lightly attended park.

The Cubs had a pretty good season that year (87-74), finishing third in the National League behind the eventual World Series champions, the St. Louis Cardinals. And the Cubs had some great players, including the legendary Ernie Banks at first base, the great batter Glenn Beckert at second, future Hall-of-Famer Billy Williams in left field, and Randy Hundley, the best defensive catcher of his era (Hundley also played for the Twins, albeit briefly).

Like many young guys, I focused mostly on fielding and hitting and less on pitching, but I remember seeing Fergie Jenkins, a multiple-season all-star pitcher.

Those were the days of being “one of the boys” with my college classmates — the endless days of youth when we were so successfully disguised to ourselves as immortal and full of unknown potential.

So both teams hold memories for me. No matter which team wins or loses tonight, I win.

David Hawley is a retired newspaper reporter who has written about the arts for MinnPost.

World Series: Why I’m rooting for both Cleveland and Chicago