If it weren’t potentially harmful to so many people, Majority Leader Paul Ryan’s plan to privatize Medicare would be amusing. He has wanted to shrink government for a long time but has been unable to unleash that ideological dragon. Now that we’re going to have a government of profiteers and privateers, the stage is set for him to throw open the cage and let the creature out. 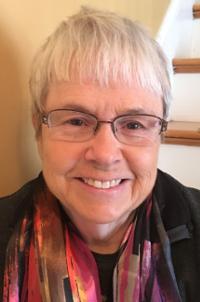 But Ryan seems to have forgotten that the Republicans passed — and Ryan voted for — an act that The New York Times called “the largest expansion of the welfare state since the creation of Medicare in 1965.”

Yup, “expansion of the welfare state” and “Republicans” in the same sentence.

This was in 2003. President George W. Bush, worrying about his election chances in 2004, decided he could use some more senior votes. The Republicans figured they could help by giving prescription drug coverage to Medicare recipients. It would be pretty compelling for seniors who were paying through the nose for their medications.

It would also be enormously expensive, and some of the party’s fiscal hawks rebelled. So even though the Republicans controlled Congress, they didn’t have the votes for the bill.

Forbes magazine called what followed “one of the most extraordinary events in congressional history.”

This is not urban legend. I discovered it when I was trying to decide on a Medicare plan after my retirement. As a former Star Tribune reporter who had covered health care as well as consumer and legal issues, I was intrigued. Here’s what I found.

The bill came up for a final vote at 3 a.m. on Nov. 22, 2003. After the usual 15-minute vote, it was losing 209 to 194. Speaker Dennis Hastert kept the board open so the Republicans could twist some arms, and he impressed upon them the urgency of getting the bill passed. “We must forget about ideological absolutes,” he said.

The Republicans twisted arms for nearly three hours. They even shut down C-Span’s cameras. And when the final vote was taken at 5:52 a.m., enough people had changed their votes that the bill passed 220-215.

Here’s the Big Deal: The Republicans passed it without any means to pay for it. The entire cost, originally about half a billion dollars, went straight to the deficit. “It was standard practice not to pay for things,” said Utah Sen. Orrin Hatch.

The Medicare Prescription Drug, Improvement and Modernization Act would cost at least as much as Obama’s Affordable Care Act, which actually has funding sources.

The cost was kept secret

Here’s another Big Deal: The Republicans kept the cost secret. Medicare’s chief actuary, Richard S. Foster, knew the bill would cost $534 million over 10 years, but budget resolutions had capped the cost at $400 million. The bill would sink if the truth got out. Medicare administrator Thomas A. Scully told Foster he would fire him if he kept giving information to Congress. The Office of Inspector General said later it would investigate Scully for unethical conduct if he were still a federal employee, but Scully was gone before the ink dried on the bill. He resigned to become a lobbyist, mainly for health care companies.

Only after Bush signed the bill did Congress learn its true cost. Bush increased his share of the senior vote and won re-election in 2004.

Senate Majority Leader Bill Frist said the Republicans’ behavior was an example of “good government” and “leadership.” But Arizona Rep. Jeff Flake said, “We as Republicans shouldn’t be expanding entitlements, and that is exactly what we did.”

It was really a bill for the drug industry and the HMOs, not for seniors. More than 900 lobbyists signed up to lobby for it, according to Public Citizen. It prevented the government from negotiating with drug companies to obtain lower prices and from importing cheaper drugs. Nearly all Democrats voted against it, and nearly all Republicans voted for it.

Some of the bill’s supporters

These are among the Republican leaders past and present who either fiercely promoted or voted for this bill. None of them has become a high school civics teacher:

Ryan and Senate Majority Leader Mitch McConnell of Kentucky, who are salivating over their new power to take away health care from millions. When I write to Ryan, I mention my Minnesota origins, and I say, “Speaker Ryan, remember your Wisconsin values. Think about the legacy you are creating for your children.” He doesn’t reply.

Rep. Billy Tauzin, a Louisiana Republican who wrote the bill, became a lobbyist for the drug industry a year after Bush signed it, and for five years he shut down congressional efforts to lower drug prices.

Former House Speaker John Boehner of Ohio, who left the House in 2015 to end the Tea Party’s pistol-whipping of him, is now with the international lobbying firm Squire Patton Boggs.

Frist is a partner in a $1 billion private equity firm that buys health care companies and is the richest man in Tennessee.

Then-Majority Leader Tom DeLay, who was reprimanded for twisting one congressman’s arm a bit too hard, later survived many corruption allegations.

Hastert, of Illinois, earned millions as a lobbyist before he went to prison for trying to cover up his crimes as a serial child molester.

So, Paul Ryan, go ahead with your revolution. See how close to the presidency you get by risking the wrath of seniors. It won’t be enough to shut down C-Span this time. You’ll be tweeted every step of the way. When you falter, don’t worry. There’ll be a good lobbying job waiting for you.

Donna Halvorsen was a reporter for the Star Tribune from 1989 to 2007. She lives in South Portland, Maine.