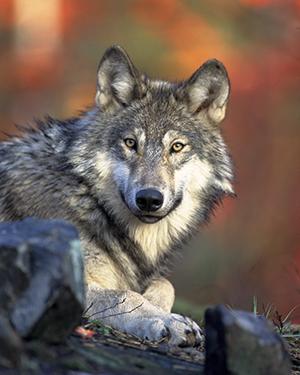 CC/Flickr/Wisconsin Department of Natural Resources
Wolves have returned to only about 10 percent of their historic range in the United States.

If you’ve ever seen footage of an animal caught in a trap, you know the terror they experience, and you never want to see it again – but that kind of cruelty is exactly what one Minnesota politician will be an accomplice to if federal protections for the state’s gray wolves are eliminated.

Although wolves have made much progress toward recovery with protections of the Endangered Species Act, they are nowhere near fully recovered. Wolves have returned to only about 10 percent of their historic range in the United States and researchers have identified more than 350,000 square miles of unoccupied suitable wolf habitat including, for example, in the northern lower peninsula of Michigan.

Even so, Democratic Sen. Amy Klobuchar is ganging up on these endangered animals alongside fellow lawmakers with bills to remove protections for gray wolves in Minnesota, Wisconsin, Michigan and Wyoming. The bills – H.R. 424 and S. 164 – would remove federal protections, prevent any review by the courts and turn wolf management over to states dead set on killing wolves.

As a lifelong Minnesotan and an attorney working for more than a decade to stop cruel wildlife exploitation, the prospect of these bills becoming binding law is heartbreaking.

The bills seek to overturn court rulings that found wolves still deserve protections under the Endangered Species Act. In the case that returned protections to wolves in the Great Lakes region, the court explained that the U.S. Fish and Wildlife Service’s removal of wolf protections was based on “an untenable reading of the ESA” and “flawed findings.” The court identified aggressive killing under state management as one reason that federal protections must be restored.

Indeed, after the Fish and Wildlife Service prematurely removed wolf protections in 2012, Minnesota and Wisconsin immediately moved to open trophy hunts and trapping seasons. State managers in Minnesota established an “unregulated killing zone” in two-thirds of the state where farmers could kill any wolf on their property, while Wisconsin managers pledged to cut the state’s wolf population by more than half to just 350 wolves.

Eradication methods included such inhumane methods as painful steel-jawed leghold traps, strangulation snares and even packs of dogs to chase down wolves. We know trapped animals suffer tremendous pain and distress. Some may try to chew off the caught foot, which can lead to a slow death from blood loss or infection. Animals also suffer from exposure to harsh weather conditions without food, water or shelter, as well as attacks from predators when caught defenseless in a trap. And when dogs are sent after wolves, the results amount to state-sanctioned dog fighting.

Under state management, Minnesota’s wolf population fell by 25 percent. Luckily for us, after the court restored federal protections, our wolves are slowly beginning to rebound. But if these shortsighted bills become law, thousands of wolves in Minnesota and across the Great Lakes region will once again suffer and die under state management.

Shift would set a damaging precedent 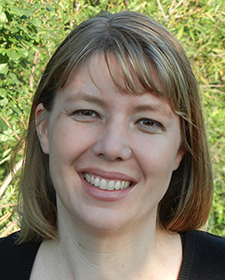 Beyond the harm to wolves, such a dangerous policy shift would damage the Endangered Species Act itself. The Act is one of the most successful environmental laws in existence. It has saved more than 99 percent of species under its protection from extinction and put hundreds on the road to recovery, including iconic animals like bald eagles, humpback whales and, of course, our wolves. These bills set a damaging precedent that wildlife can lose the Act’s life-saving protections for no reason other than being politically unpopular.

Amid the greatest extinction crisis since the dinosaurs were wiped out, we simply cannot afford to turn species protection decisions over to elected officials in Congress who value their own re-election and short-term economic gains over the nation’s long-term environmental and economic security.

Wolf populations should not be managed merely to keep ranchers and hunters happy. This is not how Americans – or Minnesotans – want their natural heritage treated. Because the states cannot be trusted to effectively and humanely manage wolves, the federal government needs to retain its authority over wolves and these delisting bills must be defeated.

Collette Adkins is Senior Attorney at the Center for Biological Diversity. She received her law degree from the University of Minnesota.

Keep politics out of wolf recovery