As the DFL continues its soul searching, and as the DFL Party and Democratic National Committee elect their leaders after one of the most demoralizing losses in history, Democrats should heed the lesson of what happened across the country on Saturday. But so far, the lessons that party leaders have taken from the election run in the exact opposite direction. 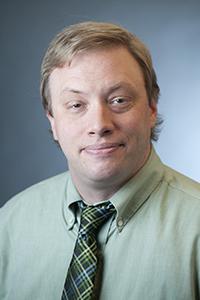 The Women’s March in St. Paul was the largest protest in Minnesota history. An estimated 100,000 people, led by a diverse group of powerful women, showcased the future of the DFL Party. America’s first Somali-American woman state legislator, Rep. Ilhan Omar, fired up the crowd. State Rep. Erin Maye Quade, a woman of color who flipped a swing south suburban district from red to blue, kicked off the march to the Capitol. “We will march to together to the steps of the people’s Capitol … we will show up every day because that is what women do!” Positive messages of love for your neighbors, the power of collective action, and need to come together were the theme of the day.

The crowd was as diverse as the leaders, and the issues that motivated the marchers ranged widely. Pink hats, signs defending women’s reproductive rights, rainbow flags, and placards decrying Trump’s agenda of rolling back equality in America were everywhere. Signs expressing concern about climate change, supporting clean water, science and opposing the Dakota Access Pipeline also dappled the crowd. Speakers like Sharon Day got roars of approval in their defense of clean water.

But you know what I didn’t see? A single sign that said “Approve PolyMet Now!” or “We need pipelines!” This was a diverse social justice, equality, clean water crowd. The energy and passion of this march can be a springboard for the DFL as it seeks answers for how to rebuild the party. Instead, DFL leaders are heading in the opposite direction.

In December at the first DFL State Central Committee meeting after the election, the mood was very different. It was dark, angry, rural, male and white, like Trump’s victory. At the beginning of the day, delegates were given a dissection of the election results by party chair Ken Martin that focused solely on losses in Greater Minnesota. His conclusion? “These are rural voters who are Democrats, who are sending us a message to stand up and start listening. This is the message. This is what happened in this election.”

Listening to the wrong message

Following Martin’s analysis, the meeting took up a resolution, twice tabled, against copper-nickel sulfide mining proposals. Despite the DFL Environmental Caucus offering to table the resolution and continue to work to build common ground with sulfide mining proponents, industrial interests led by Rep. Rick Nolan insisted on flexing their muscles and dividing the party. Nolan shouted into the microphone, saying that he spoke for himself, Sens. Al Franken and Amy Klobuchar and Rep. Tim Walz.

“We do not want to our party take a position against mining or agriculture or industry or tourism,” he yelled. Delegates took their cue from their leaders and voted down a motion to table the resolution and then voted down the resolution. After the defeat of the sulfide mining resolution, Martin cast the result in this way: “We’re hearing [rural voters’] voices and clearly they sent a message in the last election.”

In the wake of Trump’s surprising victory, industrial and right-leaning rural interests have seized the opportunity. They’ve made the case that the only way for the DFL to return to the majority is to concede on clean water and climate and tack to the right on social justice issues. They’ve done so by threatening, yelling and cajoling. They’ve used their insider positions and their lobbyists to push an agenda that wasn’t even on the ballot. And if the DFL party listens to them instead of to the record-breaking crowd that assembled on the Capitol lawn, it will do so at its own peril.

A path to loss, and a path to victory

In the immediate aftermath of the election, the DFL’s first impulse was to mimic Trump and embrace the Republican scapegoating of the environment and more. But the political future of the DFL, heck the present, looks more like the diverse throng in St. Paul than the narrow, parochial, largely white interests that shouted down speakers in Lakeville in December. There were more people on the Capitol lawn than all the DFL voters in the three Iron Range State Senate districts combined. If the DFL heads into the 2018 governor’s race on the same trajectory as the December 2016 State Central Committee meeting, it will lose.

If we embrace the messages of the diverse, positive, pro-environment Women’s March, we have a path to victory in 2018. It’s time for the DFL leaders to listen to the people, and stop listening to the industrial interests whispering in their ears.