Last week Oxfam released a sensational report that said eight people have “obscene” wealth, as much as the poorest half of the world’s population. I don’t dispute this statistic, but is inequality really “trapping hundreds of millions in poverty” and is higher taxes on wealth and income really a solution, as they claim? Turns out these assertions are absolutely and demonstrably wrong. 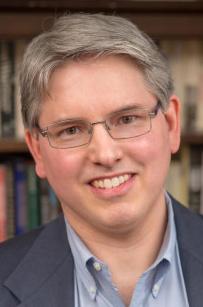 James Brandt, a Jan 23 letter writer to the Star Tribune (“Don’t malign the rich; instead help the poor help themselves”), is correct in writing, “If Bill Gates and the other rich men had never been born, the world would be worse off, and the poor would be no richer.”

Creating value and thus wealth does not hurt the poor; it makes everyone else richer. And this fact has even been quantified by Yale economics professor William Nordhaus. He found that “most of the benefits of technological change are passed on to consumers rather than captured by producers.” His research for the National Bureau of Economic Research reported that innovators capture about 2  percent of the value they create and the other 98 percent of the value flows to consumers.

Need further convincing? Here’s Jason Furman, who served as chair of the Council of Economic Advisers in the Obama administration:

There is little dispute that Walmart’s price reductions have benefited the 120 million American workers employed outside of the retail sector. Plausible estimates of the magnitude of the savings from Walmart are enormous – a total of $263 billion in 2004, or $2,329 per household.

Sure, Sam Walton’s heirs are wealthy, about $100 billion between them, but consumers are receiving value of over $250 billion a year from that creation. So over 20 years we’ve received $5 trillion in value for the $100 billion kept by the Walton family, and that’s quite a deal. On a purely practical level, should we really care that great innovators keep 2 percent of what they create?

No we shouldn’t. We should want more rich people, creating more value, and our focus should be on reducing poverty, not inequality. According to Tim Worstall at CapX:

Oxfam’s redistribution argument has been tried before and found wanting. It was the subject of the world’s largest economic experiment: the 20th century. Anyone surveying the rubble of central Europe from the Brandenburg Gate in 1989 knows that the taking and giving solution does not work. What is needed is the wealth creation strategy that we’ve been using in the period of free-market globalization ever since.

And the result of technological advance, innovation, and free-market globalization has been wonderful and breathtaking:

The last 100 years (or 50, or 25, take your pick) has seen the greatest reduction in poverty in human history (see the dramatic progress here).

285,000 more people have gained access to safe water every day for the past 25 years.

According to Johan Norberg, Swedish author of “Progress: Ten Reasons to Look to the Future”: “When we don’t see the progress that we’ve made, we begin to search for scapegoats for the problems that remain.”

You don’t need to like the super-rich or decide if they are deserving, but you should recognize that most of them got there by making the rest of us richer, and not fall for off-base populist rhetoric that somehow blames them for trapping others in poverty.

Peter Zeller is director of operations at Center of the American Experiment.