Wherever we work, employers use a fundamental mission to shape our daily labor. For the private sector, it is profit maximization. For nonprofits, it is service to others. For the public sector, well, that has become increasingly murky. I contend that the purpose of public employment is a stewardship of the common good. 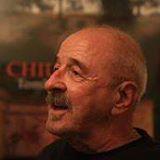 However, the means by which an organization seeks to achieve those various ends is more important than the goal itself. Means reflect a workplace’s ethos, its character, moral nature, or norms. In other words, an ethos is the oxygen of an organization, the cognitive, sensory, and emotional atmosphere that envelops our daily work — and it may be benign or malignant.

At a tipping point

While our new president, Ginny Arthur, is a strong advocate of stewardship, our institutional ethos is currently at a tipping point. In 2016, the administration proposed measures to resolve a significant budget shortfall. The faculty union pushed back, rejecting changes to the status quo. Management claimed that these solutions were temporary measures; some faculty saw a Trojan horse, a hidden agenda for an irreversible reduction of compensation. Compromise became elusive.

Consequently, the administration went ahead and made cutbacks that the union did not agree to, adding toxins to the atmosphere. In turn, the faculty’s rampant mistrust of management’s motives is further polluting the institution’s ethos.

The faculty is not exempt from self-scrutiny. While we deserve a just wage for our labors of stewardship, do we have any obligation to shoulder part of a shortfall that was not of our making? Under normal circumstances, the faculty has a right to seek whatever compensation is available. In a financial emergency, does that still hold true?

Welcome to a hall of mirrors, where distortions abound. Nearly every fact in this workplace drama is contestable: The cause and scope of the budget crisis; the parties responsible for it; the appropriateness of responses to it; the need for faculty to share its burden. Is there a way out of this impasse?

What every organization needs to avoid is an institutional ethos that fosters a constant zero-sum game; rather, what it requires is an ethos where both managers and employees agree that everyone is in this together. However, that also means everyone, from the president to the janitor, is accountable for his or her fair share of the load. If the distribution of that burden is unjust (or perceived as unjust), discontent spreads like a contagion.

That often leads to conflict, something that is too often discouraged. Conflict is essential for the well-being of any institution. The distinction that we fail to make clear enough is between realistic and constructive conflict and unrealistic and destructive conflict. The former actually fosters a positive ethos; the latter is nihilistic and the enemy of all organizations.

A successful public workplace needs both an aspirational mission and a corresponding ethos that encourages both managers and employees to walk the walk. Will Metro State resolve its present discord in a manner that strengthens its long-term heritage of stewardship? Conversely, will ongoing strife push the university into a future of zero-sum hostilities? It could go either way. The onus is upon the leaders and followers of the institution’s various constituencies.