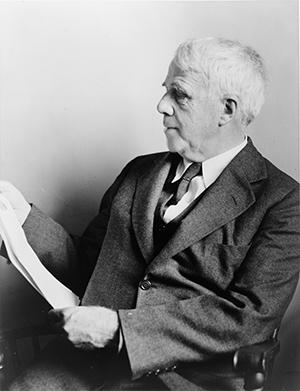 Jan. 20, 1961, was bitterly cold, and the winter sun shone against a fresh coat of snow. How difficult it must have been to be Robert Frost, an 86-year-old man called to deliver a poem for the inauguration of a man 43 years his junior. He had been up the night before finishing an ode to the occasion, inspired by the possibility of a president from another religion and another generation but still grounded in the winding streets and well-ordered gardens of New England that Frost knew so well. He worked late enough into the night that his typewriter ribbon ran low, and the type of his ode became lighter and lighter.

The winter glare as Frost mounted the dais to deliver his ode reflected against the faint type of his manuscript, so he could not read it. Frost struggled for a minute, started to try to read, stumbled on his words, still blinded, and then collected himself.

He didn’t hesitate much on what to recite in place of his ode — President John F. Kennedy himself had requested it be read if Frost did not wish to write something new. He quickly summoned from memory his old poem, “The Gift Outright”:

The land was ours before we were the land’s.
She was our land more than a hundred years
Before we were her people. She was ours
In Massachusetts, in Virginia,
But we were England’s, still colonials,
Possessing what we still were unpossessed by,
Possessed by what we now no more possessed.
Something we were withholding made us weak
Until we found out that it was ourselves
We were withholding from our land of living,
And forthwith found salvation in surrender.
Such as we were we gave ourselves outright
(The deed of gift was many deeds of war)
To the land vaguely realizing westward,
But still unstoried, artless, unenhanced,
Such as she was, such as she would become.

After our poet had finished, he returned to his seat as the president-elect rose to say the oath of office and then to tell us of the New Frontier that we as a nation would explore in the decade to come.

There is something delightfully quaint in this scene, but to comprehend how it relates to our present time, we’ll pause to understand Frost’s poem a little better. It’s not too hard. We have our narrator, speaking for the collective that “were England’s, still colonials.”

The ‘we’ that the narrator speaks for were beset by a problem: the fact that they had this new land that they had not yet claimed definitively for themselves. These English colonials then realized that it was their ancestral memories of an old country that had prevented them from fully attaching themselves to this new land, and to their new identities as Americans.

They had not identified with the land, but by surrendering to this new identity they gave a gift to the land, which would now not just sustain them but save them. The gift was sealed by the blood spilt by the revolutionaries, who died for this new nation. Now after that grim but necessary episode, these newly minted Americans could look to a west they saw as empty, and start to realize America’s Manifest Destiny of continental domination.

The poem’s view of American history is incomplete and troubling. I think most nonwhite American readers of the poem, both then and now, would recoil from aspects of it, for obvious reasons: the erasure of a pre-existing Native American civilization in the “artless, unenhanced” land, the lack of acknowledgement of settlers beyond white, Anglo-Saxon ones, the placement of the Revolution and westward exploration and expansion at the forefront of American history instead of the Civil War and the struggles of marginalized Americans to fulfill the promise of liberty and justice for all. 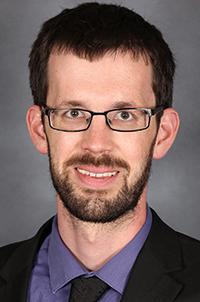 And yet the poem maintains its beauty, dignity, and power despite these absences. And in this poem, and the tableau of the poet and politicians on that bright, cold day, I am reminded of several aspects of American history that we tend to forget in our modern era, obsessed with the oppressiveness of previous generations. I am reminded that Kennedy the Boston Catholic and Frost the Vermont Protestant both claimed this poem as their own, and that by speaking of America’s founding heritage on the inauguration of America’s first Catholic president, Frost was sharing that heritage with members of a faith who had previously been excluded from it.

And last, the poem reminds me of the dignity of American revolutionaries and settlers. In the land “vaguely realizing westward” I can localize the meanderings of my own ancestors, the Southern yeomen and hunters of my mother’s family and the Swedes and Irish who vainly tilled the windblown Nebraska prairie of my father’s clan. There were plenty of reprobates and likely many racists among my forefathers, and yet they did participate in this grand mission of making stories and art in lands then unknown to European eyes.

What have Trump supporters lost?

By reflecting on the heritage that Frost places in context here, I can better understand what our new president meant, in his Jan. 20 inaugural address, when he promised once more to “Make America Great Again.” It is easy for the liberal in me to dismiss this as a mere slogan: after all, why the dissatisfaction for America as it is now? True, the economy is not working well for all Americans, but surely the economies of 2009-2011 and 1979-1982 were far worse. Globalization has flattened wages and automation has caused us to bleed middle class jobs, but in exchange we’ve received low prices on a wide array of consumer goods. The opioid crisis threatens the heart of middle America, but our nation has been buffeted by sequential drug crises for several decades now. And of course, many liberals and some conservatives attribute this dissatisfaction to racism and the loss of status of white Americans, but white people are still over-represented in governance, industry, and the professions in every corner of American society. What have Trump supporters truly lost in the last decades that they wish to recover to Make America Great Again?

The thing that they have definitively lost, beyond all else, is the sense of shared heritage and the sense of national destiny that are so present in Frost’s poem, and that within living memory were shared by a vast majority of Americans, both Democrats and Republicans. Was this vision exclusive of Americans of different histories and backgrounds? Yes, and for that reason it had to be changed. But the replacement vision offered by liberals and conservatives alike is individual, and not collective: that a person must be freed, either from government or by virtue of government, to choose the existence and the identity that they desire, as long as their choices do not cause harm to others.

What is neglected by this formulation is the duality that gives Frost’s poem its power: We are as much possessed by the land as we possess it. The poem proposes that the land sustained us with its bounty before we ourselves sustained it with the gift of the blood of our martyrs who died for liberty, and in return for this gift, the land will mysteriously lead us to salvation. Frost is suggesting that we are as much agents of primordial powers as we are masters of the universe.

We Americans do often feel the need to demand that the world make room for us to express our truest individuality. However, the need to also be a part of a story, or a place, or a faith, or a movement that is larger than us and in turn makes demands on us will always be present too, a fact that many in the modern West ignore at their peril. We cannot be merely individuals free to choose; we must be part of a story with a beginning and an end as well.

The story that the president’s supporters want to believe, the story that Frost tells, is true but fatally limited: It excludes whole categories of people who must no longer be excluded in an ever diversifying and interconnected nation. Regardless of its appeal, it can’t be returned to without tearing our country apart. But neither can we simply carve out larger and larger individual identities at the expense of creating a new national story. We still need to belong to the land, just as the land belongs to us. But the ‘we’ in that sentence must contain more multitudes than Frost ever imagined.

Christopher Knapp, a St. Paul native, is a fourth-year medical student at the University of Minnesota and a master’s of public health candidate at Harvard University.