As Minneapolis’ Ward 6 City Council member and as a Muslim-American, I am deeply concerned about recent changes to the nation’s Countering Violent Extremism (CVE) program. I have had private concerns about CVE for the past few years, but President Trump’s recent decision to focus the program solely on Islamic extremism compels me to speak out. I’ll be clear: CVE divides our communities and perpetuates Islamophobia — it does not make us safer. 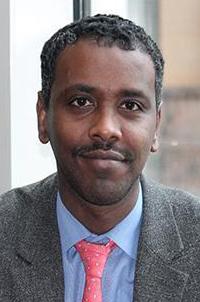 In early 2015, I spent time in Washington, D.C., meeting with federal officials and was asked to participate in the program. I had hopes that CVE would provide additional opportunities for youth of color in my ward and even wrote an Op Ed in favor of the program. However, it quickly became clear that CVE was not founded on fact; there was no empirical evidence or data to suggest that the program would be effective at countering extremism. At best, I came to realize that CVE would lead to increased surveillance of the Minneapolis Somali community, breeding distrust. At worst, the program would spread Islamophobia with its disproportionate emphasis on Islamic extremist threats. In hindsight, I believe my involvement was valuable because our community is usually excluded from important decisionmaking spaces; however, critical voices were silenced.

Goal is to ‘de-radicalize’ Muslims

CVE is a government program whose goal is to “de-radicalize” Muslims and that has locally profiled Somalis. Considering that only a small fraction of violent incidents in the U.S. are carried out by Muslims (more Americans have been killed by right-wing extremists than by those claiming to act in the name of Islam); President Trump’s immigration ban and new plan for CVE fail to take basic reality into account.

As a society then, what can we really do combat any ideas at odds with our American way of life?

I believe we must first understand that the Muslim and broader communities are very much alike. Like you, we want good schools for our kids, clean parks for them to play in, and career opportunities so that they, too, can achieve the American dream. Only when we acknowledge our common humanity can we hope to alienate the radical ideas of those who seek to divide us.

The best way: Come together and provide opportunities

For my part, over the past several years, I have held numerous town halls with both Muslim and non-Muslim members of our city. Together, we’ve discussed the best ways to combat bigotry and Islamophobia and the best ways to create economic opportunities and more livable neighborhoods for all Minneapolis families. These conversations with residents have inspired me to take action. It’s why I worked to create the Minneapolis opportunity center to connect youth of color to good jobs, something we did in partnership with city, county and foundations, without CVE funds. It’s why I helped pass resolutions condemning Islamophobia and passed $100,000 for the city’s civil rights department to investigate bigotry and discrimination. It’s why I supported an historic parks agreement last year, which maintains our local parks for the tens of thousands of kids of all colors who use them every year. It’s why I helped pass earned sick and safe time — so that workers have the ability to care for themselves and their families.

By coming together as one city and one nation to provide opportunities to all our citizens, we make it clear just how wrong radical ideologies are. We demonstrate that anyone can succeed in America regardless of their faith. We show that the bonds that tie us together are far stronger than the hateful lies that aim to pull us apart. I am calling for all community-based organizations and businesses to not engage CVE and its affiliates, but instead, to find authentic and meaningful ways to build community. This, I believe, is how we truly counter violent extremism.