On Feb. 20, 2017, the Department of Homeland Security released a series of documents providing guidance on how the Trump administration plans to address its promises of increased immigration enforcement. Specifically, the documents detail expanded enforcement priorities for Immigration and Customs Enforcement (ICE), reinstating such policies as the 287(g) program, rolled back in 2014. Having worked for ICE for six years, I know what comes next. In the upcoming weeks and months, photos of ICE arrests will be front-page news, and individuals’ deportation stories will provoke strong emotions. Many people will see those photos and think, “Look at those jackbooted thugs, kicking in doors and rounding up families – who do they think they are?” Before this all begins, I’d like to take a moment to tell you a little about the people in the headlines. 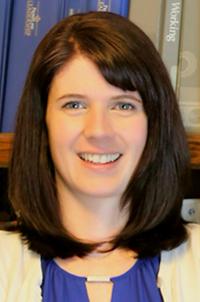 These bulletproof vest-clad giants are guys like my friend Mike, who spent countless days away from his family to investigate war crimes in Bosnia, ultimately deporting a war criminal living here under unlawfully obtained status. They’re deportation officers rushing out to execute a warrant, but stopping to shove dollars into the lobby’s pop machine to buy a root beer for a kid waiting on his parents in court. They’re the guys who lined up to shave their heads when one of our own was battling cancer. They’re the men and women who put on their boots every morning — even the morning after we buried one of our own, not once, but twice in the span of two years. When you open the newspaper, you will see raid jackets, Ray-Bans and crying families. I’ll see that too, but I’ll also see some of the strongest and most loyal individuals I’ve ever known.

There are a lot of misconceptions about why people seek out careers in law enforcement. Many people think it’s because we all want to carry guns and kick in doors. That couldn’t be further from the truth. I started a career at ICE after having spent several years abroad. I wanted to use my foreign-language skills to help undocumented immigrants through the deportation process – a very confusing and stressful situation often compounded by a language barrier. During my time there, I met some “bad hombres” – pedophiles, rapists and violent felons. Sometimes I met single mothers trying to build a better life for their children. In the latter case, I would study their background, their family history, the story of how they arrived here. I would look for anything that would qualify a hardworking parent for legal status in the U.S. and then make a referral to U.S. Citizenship and Immigration Services. Sometimes I was able to help, and other times I wasn’t, but I never once forgot the delicate humanity of everyone I encountered.

Though I left ICE three years ago, I still work in national security and I’ve never once felt torn between a desire to help people and the pursuit of justice. We need to shed this idea that half the population chooses law enforcement over compassion, while the other half wants to let their bleeding hearts put our national security at risk. For the past 10 years, I’ve been both a proud bleeding heart and an ardent enforcer of the law. My friends represent a mix of brilliant immigration attorneys, as well as dedicated ICE officers. I support the ACLU. I’ve drafted Warrants of Deportation and shed tears of joy at a naturalization ceremony, often in the same day. No one side has the moral high ground here; we’re all devoted to upholding the law, even if we’re working on different sides of the issue.

ICE may be the first federal agency to provoke public ire as the new administration churns out executive orders, but it won’t be the last. During the next few years, I urge people on both sides of the aisle to remember that civil servants are trying to do the best we can with the orders we’re given. Like you, we want what is best for our country. Immigrants undoubtedly make our country better, but so do the individuals enforcing our immigration laws.

Leah Phifer, of Isanti, is a graduate of the Humphrey School of Public Affairs. She has been working for the federal government since 2008 and continues her national security career at the Department of Justice.

In defense of the executive branch