Seventy-five years ago — on Feb. 19, 1942 — President Franklin D. Roosevelt issued Executive Order 9066, a catalyst behind the forced removal and mass incarceration of nearly 120,000 Japanese Americans. America was at war with Japan. 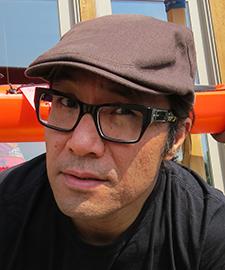 By the order of the president, Roosevelt delegated his authority to the secretary of war and military commanders to round up and detain all people of Japanese ancestry living on the West Coast. These orders were applied to lawfully resident immigrants, commonly referred to as Issei, and their U.S.-born children, Nisei. Rendered as “enemy aliens,” they were sent to remote areas to be imprisoned in 10 concentration camps administered by the federal agency called the War Relocation Authority. It was justified as a “military necessity.”

It took away everything

What ensued was the suspension of the rule of law. They became “prisoners without trial,” as the eminent historian Roger Daniels puts it. Two-thirds of those incarcerated were U.S. citizens. The reach of state power exceeded the bounds of the law. It took away everything from them — their rights, economic resources, basic human needs, and above all personhood. Japanese-Americans experienced total exclusion.

But Issei and Nisei never committed any acts of espionage or sabotage. In fact, the intelligence reports, written by the Department of Justice and the Office of Naval Intelligence, both submitted to Roosevelt prior to the Japanese attack on Pearl Harbor on Dec. 7, 1941, reiterated their loyalty to the United States. They did not constitute a national security threat. In other words, there was no “military necessity.”

However, the government knowingly suppressed the evidence of Japanese-American loyalty. In the end, Executive Order 9066, followed by Public Law 503, a congressional statute passed on March 21, 1942, made it a federal offense to defy military-directed orders. When Japanese-American cases contesting the legality of Executive Order 9066 reached the U.S. Supreme Court in 1943-44, the majority opinions in Hirabayashi v. United States and Korematsu v. United States ruled state-sanctioned racism constitutional. This history represents a tragedy of democracy, all too familiar in a country built by race and racism.

Placing this history in the present

But how do we remember this sordid history — as we anticipate Feb. 19, which Japanese-Americans call the Day of Remembrance — in the aftermath of the unveiling of Trump’s triptych: three executive orders that are anti-immigrant, anti-refugee, and anti-Muslim? His promises during the campaign to build a wall, deport immigrants, and bar refugees and Muslims from entering the United States became a political reality without congressional approval during the first week of his first 100 days.

In these new times, we will do well to remember that a very small group of advisers close to the president can do much damage. The road to Executive Order 9066 is a case in point. Ultimately, three military bureaucrats — Secretary of War Henry L. Stimson, Assistant Secretary of War John J. McCloy, and Army Colonel Karl Bendetsen in the Office of the Provost Marshal General — played a key role in drafting and shaping the executive order. The Department of Justice challenged these top military officials and appealed for Japanese-Americans’ civil liberties. But Attorney General Francis Biddle maintained deference toward the Department of War. With Executive Order 9066 signed, the U.S. Constitution, in essence, turned into, to borrow from McCloy’s own chilling words, “just a scrap of paper” for Japanese-Americans. So thorough was anti-Asian racism.

Today, we are witnessing something similar. It is an instance of “boring from within” involving Stephen Bannon, the White House’s chief strategist and adviser. Numerous news outlets have identified him as one of the operatives behind the swift and disastrous rollout of the immigration ban. And now a person regarded as the opinion-setter of the alt-right movement has a seat at the table of the National Security Council (NSC). Another executive order issued a day after the immigration ban went into effect appointed him as an integral member of this core group. This coming unity of immigration and national security decisions, with Bannon as an interlocutor within the NSC, and most troublingly, without the presence of the chairman of the Joint Chiefs of Staff and the director of national intelligence, is a dangerous development.

Knowing our current affairs as monumental in nature, thousands of people are hitting the streets daily against the president of the United States. The solidarity among mayors of sanctuary cities appears steadfast. So do the American Civil Liberties Union and other groups of attorneys standing up to the authoritarian tendency. Most recently, Washington state filed a lawsuit against the Trump administration, which was joined by other states, including Minnesota. U.S. District Judge James Robart in Seattle and the three-judge panel of the United States Court of Appeals for the Ninth Circuit all rebuked the immigration ban by deciding a stay of the order was appropriate. Today’s groundswells for justice are potent, unlike — it is worth noting — 75 years ago, where coordinated collective opposition to Executive Order 9066 was nonexistent.

At this critical juncture of the rising tide of dissent, Google set out to impart an important lesson drawn from wartime Japanese-American history. In its signature “Google doodle,” seen by millions, the company honored the birthday of Fred Korematsu on Jan. 30, now officially recognized as “Fred Korematsu Day” in several states. During the wartime years, Korematsu, Minoru Yasui, Gordon Hirabayashi, and Mitsuye Endo were dissidents. They defied the executive order to uphold their rights as U.S. citizens.

Recasting this history to advance justice

Historical education that ferments critical consciousness must go on, but it also has to go beyond a mere hagiography. The formation of #ImmigrationSyllabus is an exemplar in this regard. Spearheaded by a group of immigration historians associated with the Immigration History Research Center at the University of Minnesota, Twin Cities and the Immigration and Ethnic History Society, this collective has just put out, online, a course syllabus that recasts our nation’s immigration history. What appears appalling in these times becomes less so when one surveys #ImmigrationSyllabus.

Over the course of U.S. immigration history, from settlement and slavery to the present, the boundaries of “what America is” and “what America is not” have been drawn and redrawn many times through combinations of (1) exclusionary and discriminatory laws and policies concerning citizenship and immigration; (2) the creation of a migratory character of labor markets and racially specific labor management practice, which in turn rendered certain people at once the deportable and the disposable, if not outright chattel and dispossessed; (3) America’s conduct and entanglements abroad, and (4) centuries of struggles around justice and multiracial democracy. #ImmigrationSyllabus seeks to establish breadth and depth at a time when information is tethered to Twitter character counts. More than ever, amid the current administration’s proclivity to warp reason, we need groundedness in the history of race and ethnicity. #ImmigrationSyllabus is a vitally important starting point.

In the same vain, as we observe the Day of Remembrance the wartime Japanese-American incarceration needs recasting as well, but not necessarily because remembering this past becomes a mirror of what is potentially possible in Trump’s America. That makes everything all too dire; it is crippling to err on the side of a doomsday scenario. An alternative framing demands unlocking this history in proximity to the indigenous claims of sovereignty and the political demand that is still unmet, racial justice.

Consider, for instance, remembrances on the part of, on one hand, Japanese-Americans incarcerated in Poston and Gila River camps in Arizona and, on the other, Chemehuevi and Mojave peoples of the Colorado River Indian community and Akimel O’otham and Maricopa peoples of the Gila River Indian community, on which the government built these two camps. If we put one layer of historical wrongs on top of the long history of settler colonialism and the dispossession of indigenous peoples, what might the Day of Remembrance look like?

Imagine, also, a scene of reunion between a high-school-age Japanese-American uprooted from her multiracial urban milieu in Los Angeles and now locked up behind barbed wire and watchtowers and her African-American classmate and friend standing on the other side of barbed wire, visiting her from the segregated section of the city in which she and her family and neighbors reside. The experience of confinement appears shared, yet different and unresolved. An episode like this, which appears in the work of Scott Kurashige, and other ties between African-Americans and Asian-Americans, which are often vexed, can make the Day of Remembrance become conversation-changing.

In the age of the Native struggle at Standing Rock, Black Lives Matter, immigrant-rights activism, and all the solidarity projects around these vectors of resistance, the annals of state-sanctioned violence has resonance across various groups, although not in the same way. This is what it means to mobilize history against delusions, mystifications, and the proliferation of all the lies and evasions emanating from the current administration. It tends toward, one would hope, reckoning with colonial and racial pasts, but only if we, as a starter, acknowledge that this country’s history is not white and never has been.

Yuichiro Onishi is a scholar of critical race studies, teaching in the Department of African American & African Studies and the Program in Asian American Studies at the University of Minnesota, Twin Cities. Trained as a historian, he writes about the relationship between race and social movements in America and beyond, particularly in the context of the African American-led freedom struggle and cross-racial coalition building. He is the author of “Transpacific Antiracism: Twentieth-Century Afro-Asian Solidarity in Black America, Japan, and Okinawa,” published by NYU Press in 2013.

How to remember the wartime Japanese-American incarceration