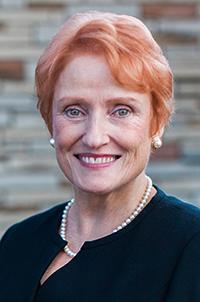 It was exhilarating to rub shoulders with so many people of all races, creeds, ethnicities and genders at #WomensMarch in Washington, D.C., on Jan. 21. I had the honor of being a featured speaker on the topic of the Equal Rights Amendment (ERA) at two events surrounding the D.C. march. An estimated 4.5 million people participated across the globe, the largest protest the world has ever seen.

Diverse coalitions from various segments of society rallied around a single declaration that “Women’s rights are human rights.” The Equal Rights Amendment was stated as a key goal in the principles outlined in advance of the marches. It’s time to pivot energy toward changing unjust public policy. Here’s the next step:

The policy superhighway to equality in the U.S. is to remove the artificial deadline on the ERA, known as the 3-State Strategy, providing the path to eliminating discrimination on the basis of gender in our Constitution, ensuring equal access to justice for women and men. Ninety-five percent of people in the United States believe we should have equal rights; however, 72 percent of citizens think the ERA already passed last century.

The ERA passed through both houses of Congress in 1972, and was sent out to the states for ratification. We needed 38 states to ratify, but only garnered 35 states in the mere 10 years the ERA was allowed before an artificial deadline took effect, thereby ending the effort. Research shows that of the myriad of constitutional amendments offered to the U.S. Constitution over our 241 years of existence, only two ever received a deadline. One of them was women’s rights.

Only you can’t put a deadline on human rights. Human rights just are. And as the Rev. Martin Luther King Jr. once stated, “Let us realize the arc of the moral universe is long, but it bends toward justice.” It behooves all of us to remove manmade, artificial barricades to our rights.

Removing the deadline on the Equal Rights Amendment requires a simple majority in Congress. The Constitution of the United States governs all the courts in the land; without an ERA our current piecemeal laws are nails without a hammer.

To that end, there’s now legislation both nationally and in Minnesota to remove the June 30, 1982, ERA deadline — thereby permitting three more states to pass it through their legislatures to reach the 38-state threshold.

Accompanying the 3-State Strategy approach, there are also efforts to pass a renewed Equal Rights Amendment into our federal constitution, and one into the Minnesota Constitution. If passed at the state level, Minnesota will become the 24th state in the nation to embed equal rights into our state constitution.

Federal legislation includes S.J. Res. 6, a joint resolution proposing an amendment to the Constitution of the United States relative to equal rights for men and women. The chief author is Sen. Robert Menendez of New Jersey. H.J. Res. 33 is the companion bill, a constitutional amendment declaring that women shall have equal rights in the United States and every place subject to its jurisdiction; its chief author is Rep. Carolyn Maloney of New York.

#WomensMarch demonstrated the fervor with which Americans hold dear a person’s right to equality. We made it known its time to get onboard or get out of the way. Our legions are many. We will not tire. All are invited to help in this struggle.

Call your national and state legislators. Tell them women aren’t willing to wait another 241 years for equality. Pass the ERA already.

Betty Folliard is a former state representative and current president of ERA Minnesota. She hosts a weekly radio show called A Woman’s Place on AM950 Radio.

Next step after Women’s March: Pass the ERA