Creative Commons/johnofhammondOpioid addiction is a growing problem in all corners of our state and can impact anyone from any walk of life.

“I don’t feel anything.” It’s incredible how four simple words can impact your life in such a profound way. Those were the four words I said to the emergency room doctor after I’d learned I’d broken my arm in two places and pinched a nerve. It was my freshman year at the University of St. Thomas and I’d been at sports practice. The doctors had given me hydrocodone/acetaminophen as I said those five words. No problem – we’ve got something stronger. Thus began my introduction to opiates and my journey through addiction.

I never thought I would end up an addict and certainly didn’t fit my preconceived notions of what an addict was. After all, I was in college, had a great group of friends, played sports, was active in clubs and generally had anything I could have ever wanted in life. I wasn’t like “them” and I certainly wasn’t as bad.

Opioid addiction is a growing problem in all corners of our state and can impact anyone from any walk of life. In Hennepin County, officials recently launched a “NOverdose” drive after the release of new data showing that the county saw a spike of more than 30 percent in opioid overdose deaths last year. Hennepin County Sheriff Rich Stanek said, “We can do more. The public safety messaging is important. We want to get the message out far and wide that we’ve got a problem and it’s going to take the community to help us get back on track here.” A majority of Minneapolis adults said that addiction to opioids is one of today’s greatest social priorities, according to a recent study. Stanek is right; we can do more – and we must do more.

While statewide totals are not yet available for 2016, 338 Minnesotans died of opioid overdoses in 2015, according to the Centers for Disease Control and Prevention. That staggering number represents a fivefold increase since 1999. 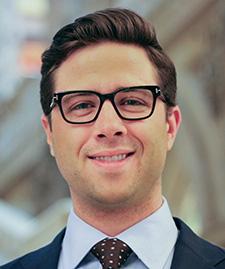 Minnesota Attorney General Lori Swanson recently teamed up with her Wisconsin counterpart, Brad Schimel, in support of the “Dose of Reality” campaign, which began in the Badger state and is designed to combat prescription painkiller abuse. “Prescription drug abuse is an issue that stretches beyond state lines and I’m excited to partner with Attorney General Swanson on bringing a Dose of Reality to Minnesota. I look forward to working together to make both of our states stronger and safer,” Schimel noted in announcing in the initiative with Minnesota.

When I began my journey to recovery on Sept. 10, 2010, I wasn’t sure I could stay sober “one day at a time” and focused on “one hour at a time.” I had no idea the resources available, and I still had my stigmatized notions of what an addict really was, and I didn’t know where to look. I’ve now been sober for over six years. That’s why I share my story.

Never be afraid to ask for help

Everyone has their own bottom — it doesn’t necessarily look like the alcoholic or drug addict we stereotyped. Never be afraid to ask for help because you’re “not as bad as” that other guy or gal. Don’t be afraid of the stigma. Help exists and life can get so much better.

If you or anyone you care about ever needs help, there are always hands there willing to help. From the Hazelden Betty Ford Foundation (866-269-8625) to Resource Inc. (612-752-8074) and so many others, Minnesota has a number of great resources willing to help. But it must be our job as a state to do a better job of sharing our stories, raising awareness, and ensuring that people know where to look for help when they need it.

To help others, I encourage all Minnesotans concerned about addiction to attend Opioid Awareness Day at the Capitol today (Tuesday, Feb. 21).

John Rouleau is a public affairs professional who lives in St. Paul. He has been sober since Sept. 10, 2010.

Opioid addiction: We can do more — and we must do more