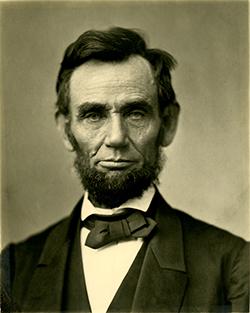 “With the fearful strain that is on me night and day, if I did not laugh, I should die.”

Here’s what Abe Lincoln said about his presidency: “With the fearful strain that is on me night and day, if I did not laugh, I should die.” And once he declared publicly: “If I were two-faced, would I be wearing this one?” The President of United States acknowledging his homeliness. I like that.

It seems that nowadays politicians and appointed public officials lack the confidence and courage to poke fun at themselves the way Abe did.

Yes, a precious few have. Remember when Ronald Regan was nearly assassinated in 1981? He said to his surgeons when wheeled into the operating room, ”I hope you’re all Republicans.” And how about Jimmy Carter: “My esteem in this country has gone up substantially. It is very nice now when people wave at me, they use all their fingers.”

It puts worries into perspective

My therapist once told me that humor is healthful, particularly laughing at ourselves once in a while. It can lower blood pressure, ease pain and reduce anxiety; it helps us put our worries into reasonable perspective. And he’s sure it helps us think more clearly, opens our hearts to others’ points of view and (most important perhaps) their troubles.

We respected but feared — I mean really feared —Richard Welton, our anatomy professor. Here was a man with a no-nonsense knee-length white doctor coat, black tie and a chilly demeanor to match. He once took a point off my exam for misspelling epididymis. I watched him boot a student from our cadaver lab for wearing shorts. Tense silence and pens at the ready accompanied his entrance into the lecture hall at precisely the top of the hour. But one day at the end of a lecture on the male reproductive system, Professor Welton prefaced his final slide with a negligible grin and the words, “And for we gentlemen who might think we have it all …” Then suddenly on the giant screen burst the larger-than-life photograph of a man with two penises.

Omg. The professor had a sense of humor. High fives abounded – once he exited the lecture hall. After that our admiration for him soared. We knew he knew what we needed. 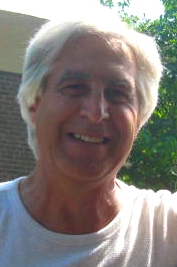 Which brings me to my mother. In moments of family distress and heartache, Mom would approach us kids, demurely extend her elegantly jeweled index finger and silently invite us to pull on it, which of course we did; whereupon she simultaneously released a skillfully timed staccato or single blast of flatulence. This might seem like wacky behavior to you, but to us, it was her indisputable declaration that the merging of tears, fears and laughter made us a stronger, more united family. Her finger was a godsend in our darkest moments. Our troubles remained, but it helped us cope – together. “We’ll fix this,” she often said.

“Whenever I find myself growing grim about the mouth; whenever it is a damp, drizzly November in my soul … then, I account it high time to get to sea as soon as I can.” So laments Ishmael in chapter 1 of “Moby Dick.”

Hoping Trump gives it a try

I don’t want to “get to sea” (or Canada for that matter) because things are so unsettled and scary. Instead, it helps me to revisit the humor and wisdom of Abe Lincoln, my mother and Professor Welton and be on the lookout for this president’s courage to laugh and display a bit of self-deprecation. No one can do their best work if they’re at odds with the world so much.

Lincoln said, “With the fearful strain that is on me night and day, if I did not laugh, I should die.” Trump and the others we elected should take his words to heart. It would help us all.

Dick Schwartz of Minneapolis is a retired teacher.