As a long-time education advocate, I have participated in many conversations on how to rethink discipline practices to make schools more engaging and supportive for students, families, and educators. But as newly released data from the Minnesota Department of Education confirms, such conversations have not been going far enough: Schools are increasingly using failed, exclusionary school discipline practices, with disparities persisting along lines of race and ability. 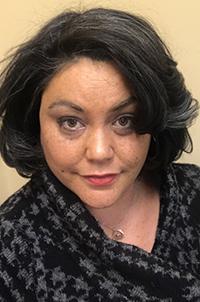 It is time for a new conversation — one that includes those most negatively impacted by current discipline policies and disparities, and one that results in meaningful action.

Thankfully, our state leaders have a solid starting point. Last year, in response to growing racial disparities and mounting research on the harm caused by exclusionary discipline, Minnesota policymakers decided to call stakeholders to the table to chart a path forward. They appointed a school discipline working group, which I co-chaired, that asked primarily for the input of practitioners and professional associations.

Notably absent were those most directly and disproportionately impacted by school discipline disparities: black students, Native American students, students with disabilities, and by extension, their families and communities.

What the group agreed on is that in order to learn, students need to be in school. When we remove students from learning opportunities, often for nonviolent behavior, we are doing everyone a disservice. Suspensions, expulsions, and other removals do more harm than good for students, taxpayers, and the economy alike.

Based on this common ground, we crafted several important policy recommendations that, if adopted, could make a difference. For example, we have asked the Legislature to establish, communicate, and clarify what due process looks like for all student dismissals; to improve school discipline data collection and reporting; and to require that, if a student does not repeat the behavior for one year, their history of physical assault or violent behavior not be reported to future teachers.

But as I presented these and other recommendations to the Legislature earlier this month, I couldn’t help but wonder what we had missed. Had those on the receiving end of exclusionary discipline disparities — namely, black students, Native American students, students with disabilities, and their advocates — been at the table, what else might we have recommended? What would they have fought for that we didn’t see as a priority?

Policymakers must now review our working group’s recommendations and decide which, if any, they will turn into law. They also have an opportunity, one which I sincerely hope they use, to build upon our recommendations.

Because not only did our working group exclude some key voices, but the situation for those excluded has only grown more urgent: In 2015-16, there were 51,667 incidents of suspensions, exclusions, and expulsions across Minnesota’s K-12 public schools, compared to 46,442 in 2014-15, an 11 percent increase in just one year. A whopping 37 percent of these exclusions were for “disruptive/disorderly” behavior — a shockingly vague and subjective category.

If we’re going to change these stark numbers — which have long-term, negative impacts on our students and communities — we need our state legislators to stay committed to improving school discipline policies. We need them to see our working group’s conversations and resulting recommendations as a starting point, not a conclusion, in our shared work of ensuring that all students have what they need to be successful.

I applaud the Legislature for convening the school discipline working group, and I thank my fellow working group members for their dedication and service. Now it is time for policymakers to review and expand upon our recommendations, set the table for further conversations that prioritize those who are most directly harmed by current policies and yet too often overlooked, and take real action during the 2017 session.

On school discipline policy, who’s at the table matters