Last Thursday, Feb. 2, a basement hearing room of the State Office Building was packed. The overflow room was overflowing, so a third room had to be opened (and was soon filled too). Starting at 4:09 p.m. the hearing ran till almost 9 p.m. as one testifier after another weighed in on House File 600, an innocuous-sounding restriction on local government authority. 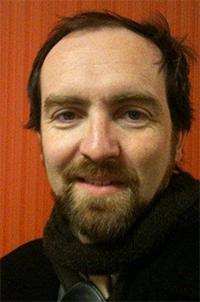 What was this new proposal? And why the passion? The bill was a “statewide preemption” proposal designed to strip local governments of their authority to improve state or federal workplace standards. Why the urgency? Because on July 1 of this year, over 150,000 people in Minneapolis and Saint Paul are due to start receiving earned sick and safe time, a paid benefit that would allow them to take time off when sick or dealing with domestic violence. To stop this, the state’s most powerful industry lobbyists lined up to argue to repeal now and restrict forever local control.

In Minnesota, this is a relatively new proposal, but it’s a very old strategy. First introduced in 2015, preemption was heard once and then resuscitated during special session negotiations in 2016. But its origins go back much further. Preemption laws are the latest version of a pernicious strategy: changing the rules as soon as they actually start to work for people of color, women, immigrants or the working poor.

Minnesota’s cities are permitted to act to promote the general welfare or protect the health of the people in their city limits, unless state or federal law preempts those powers. Neither the Minnesota Legislature nor the U.S. Congress have enacted a sick time standard or forbidden cities to do it themselves. In fact, 31 U.S. cities (and 2 counties), including Minneapolis and St. Paul, have enacted their own sick time ordinances. Every legal challenge to this basic municipal powers (in states without preemption laws) has failed.

The most recent of these chapters is being written in our cities and is being led by women, people of color, immigrants, and the working poor. And like many previous chapters, the powers-that-be are trying to change the rules once they are used to threaten the status quo.

The great-great grandfather of this strategy is, of course, the Jim Crow system. As recently freed slaves started to gain power in the Reconstruction era, the rules were changed. Poll taxes, poll tests, property requirements and myriad other new rules disenfranchised and disempowered African-Americans for generations.

After the New Deal era, as the union movement expanded its organizing in the South, Republicans made common cause with Dixiecrats to pass the Taft-Hartley Act. This law rolled back the already compromised Wagner Act by allowing states to outlaw union shops and prohibit sympathy strikes and secondary boycotts.

As blacks, Latinos, and Native Americans led the U.S. kicking and screaming through the civil rights era, the rules were tightened again. The successes of child advocacy, welfare rights, and public-interest law organizations were answered by changes to tax laws that restricted their ability to exercise certain forms of political power, like influencing the legislative process.

More significantly, since the mid-1970s the mass incarceration system has ballooned — disproportionately robbing men of color not just of their freedom, but also of their access to jobs and the right to vote.

Since 2000, as the electoral power of people of color became more clear, it’s no coincidence that voter restriction laws, like Minnesota’s proposed 2012 state constitutional amendment, took off. They’ve proliferated even more rapidly since 2008 when the “Obama Coalition” of people of color, women, young people, unions, and progressives won a national election.

A spreading reaction to victories

In the last 10 years, regular people have been winning big victories in cities: in particular, sick time and minimum wage improvements. What’s been the reaction? Preemption laws. Where did they start? The South and the states run by ambitious, right-wing governors. Georgia in 2004. Wisconsin in 2011. Louisiana in 2012. Florida, Indiana, Kansas, Mississippi, and Tennessee in 2013. Alabama and Oklahoma in 2014. Michigan, Missouri, and Oregon in 2015. And North Carolina and Arizona in 2016.

Statewide preemption is a shameful attempt by powerful corporate interests to stop regular people from enacting popular laws using legitimate democratic processes. It is a reactionary, oppressive measure: end of story. We owe it to ourselves, our cities, and our future to make sure this chapter of Minnesota’s history, the one we are writing, does not include even a footnote on preemption.

Chris Conry is the strategic campaigns director at TakeAction Minnesota.

Statewide preemption: The most dangerous bill you’ve never heard of