Almost all current smokers started smoking when they were teenagers. But what if we could delay the uptake of smoking by young people and prevent their long-term addiction to nicotine? Existing smokers quitting is important, which is why it’s wonderful that Minnesota tobacco users can get free help to quit through QUITPLAN® Services. However, in order to realize a future where smoking and its harms have been eliminated, we must find new ways to stop kids from starting at all. The question is, how? 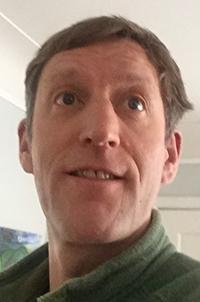 One new idea in this effort is to increase the sale age of tobacco products to 21. Almost all underage tobacco is sourced to teens by someone under 21. Raising the tobacco age will prevent older high-school students from buying for younger friends, and will change retail dynamics around who looks “old enough to buy.”

The evidence is compelling

In 2013, only 10 places around the country had raised the age of sale. Four years later, more than 200 localities and two states, Hawaii and California, have made 21 the legal tobacco age. The evidence to support this momentum is compelling, to the extent that a 2015 report from the National Academy of Medicine (formerly Institute of Medicine) estimated long-term effects would include fewer young people starting to smoke, fewer deaths from smoking, and long-term savings from lower health-care costs.

The short-term result is that raising the tobacco age to 21 in Minnesota would have a one-time effect of preventing smoking among more than 3,300 young people. Within 15 years, Minnesota could expect 30,000 young people would not start smoking if the age of sale is raised to 21. This is a life-saving opportunity we can’t afford to miss.

The research adds to other Minnesota evidence we have showing that public policy initiatives — notably cigarette taxes and smoke-free laws — are the best tools for reducing smoking in our state. This is based on earlier research I coauthored that found that 70 percent of smoking reductions in Minnesota since 1993 were the direct result of public policies.

If Minnesota lawmakers take this opportunity and adopt a Tobacco 21 law, we will push that number even higher, and help make smoking what it properly should be: a thing of the past.

Raymond Boyle, Ph.D., is the director of research programs at ClearWay Minnesota.

Tobacco 21: a life-saving opportunity we can’t afford to miss