The question of what makes a good judge, and even an exceptional judge, is always a timely question. This question now occupies center stage here in Minnesota because there are two vacancies on our federal bench. Rep. Erik Paulsen has established a search committee chaired by Kathleen Blatz, retired chief justice of the Minnesota Supreme Court, and Bert McKasy, of counsel at Lindquist & Vennum, former state representative, and former commissioner of the Minnesota Department of Commerce. The committee is tasked with evaluating candidates and making recommendations to the president. 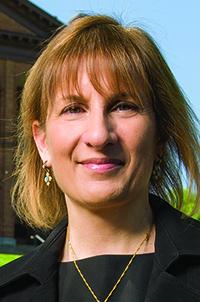 What follows are excerpts from a letter I wrote to the committee regarding the qualifications for a judgeship in the state of Minnesota. The letter reflects my career-long thoughts regarding the most important qualities of a judge. It also showcases the wisdom gleaned from countless conversations I have had with some of our best judges and lawyers from across our diverse profession.

There is a “Minnesota way” of selecting judges that rises above politics, unites the legal profession, inspires trust and confidence in our courts, and creates a sense of security and relief in a tense political environment. This is true public service. The “Minnesota way” is reflected in the qualifications for state judicial candidates set forth in Minnesota Statutes § 480B.01, subd. 8, and effectuated through the merit selection process.

Although this statute does not apply to this committee, it is nevertheless wise and instructive. The statutory criteria have broad-based public support and Minnesota’s courts are some of the best in the nation. The statutory criteria fall into three categories — excellence, respect for the rule of law in a civil society, and promoting the continued diversification of the bench.

Minnesota has a longstanding history and tradition of having federal district court judges who, regardless of prior political party affiliation, have served the district with distinction. The MSBA respectfully recommends that the committee recommend the best person who will continue that tradition of excellence. The best candidates should be at the height of the profession. They are masters of legal advocacy. They have great judgment and wisdom. They have achieved this stature not simply because of their integrity, intense work ethic, intellectual abilities, and breadth of professional experience. They are exceptional because of their passion for the law. Moreover, our federal judges have embodied and reflected what is particularly special about the Minnesota legal community — collegiality, mutual respect between federal and state judges, and a close partnership between the bench and bar. The committee should recommend the best candidates who have a demonstrated history and track record of collaboration, collegiality, strengthening ties between the bench and bar, and elevating the practice of law.

The rule of law in a civil society

A second qualification for office is respect for the rule of law in a civil society, together with the enthusiasm for promoting and protecting the rule of law and judicial power. We need judges who understand the nature and scope of judicial power, how to preserve that power, when to use it, when not to use it, and how to use it in a manner that maintains the integrity of the judiciary. Alexander Hamilton set forth the guiding principles for exercising and preserving judicial power in Federalist 78.

What Hamilton is saying is that the courts lack the power to implement their decisions. The efficacy of their decisions depends on others, including the other branches of government and the people. If courts abuse their power, or appear to be acting politically, they erode public trust and confidence in the courts and the rule of law, and ultimately the judicial power.

It bears emphasizing that when people believe that the courts are just like the legislature, with judges simply acting on their own preferences, then they also believe that the judicial process is “fixed” and unfair, and perhaps even biased against them. The impact of this belief on litigants and their attorneys cannot be overstated. It will lead people to feel helpless and powerless and ultimately they may give up on the courts. This result may be especially possible for those who see themselves as outsiders in society — those who have made mistakes, those who have experienced many of society’s disadvantages but few of its advantages.

It is important that everyone believes the process is fair and that a judge will listen to their arguments with an open mind, understand their perspective and life experience, and consider their case on the merits. Even if someone loses a case, the system must be such that they believe that the process was fair and that they lost for legitimate reasons. Minnesota needs judges who will safeguard the power of the courts and will do so by inspiring trust and confidence in the fairness of the judicial process.

Excellence and respect for the rule of law in a civil society go hand in hand with the continued diversification of the federal bench. Public trust and confidence is essential to the rule of law. The judiciary’s power and legitimacy come from the support of the public and the other branches of the government. If the bench does not reflect the society it serves, it creates the reality or perception that justice is not the same for everyone. These perceptions hurt our profession and they undermine the power of the judiciary. That is why our commitment to diversification of the bench must be front and center. It maintains and promotes public trust and confidence in the courts and the rule of law, and that, in turn, shapes the nature and scope of judicial power.

Robin M. Wolpert is the president of the Minnesota State Bar Association.