Today at 3 p.m., a memorial commemorating the life of Stanislaw Skrowaczewski will take place in Orchestra Hall, Minneapolis — an event free and open to the public that includes a performance by the Minnesota Orchestra. The composer-conductor passed away in February at the age of 93. His long association with the orchestra, with the concert-going public and with the Twin Cities community evolved over a period of 56 years, as did relations among all of us who were involved in one way or another. Let’s take a few moments to look back at that history. 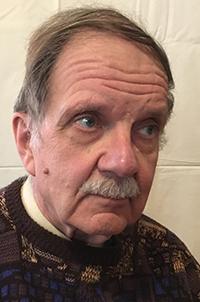 When the maestro first stepped onto the podium of the Minneapolis Symphony in 1960, immediately after he and his wife, Krystyna, fled communist Poland, he was taking over leadership of an ensemble that had already achieved considerable renown. His predecessor, Antal Dorati, had made a series of well-regarded recordings that were particularly sought after by audio connoisseurs, and he had taken the orchestra on a successful international tour for the first time. Under Dorati the orchestra had also achieved a respectable reputation for the presentation of new and 20th-century music, a trend that had first really flourished under the previous director, Dimitri Mitropoulos. The Greek-born Mitropoulos possessed an interesting, charismatic personality and an intensity that captured the attention of both musicians and Minnesota audiences sufficiently for him to focus considerable attention on challenging music by such composers as Schoenberg, Berg, Krenek and Roger Sessions.

The tenures of Mitropoulos and Dorati here took place during the era of the musically compulsive and personally volatile Arturo Toscanini — who, with his NBC Symphony, became the ideal presenter of the great classics in the view of many. Mitropoulos was respected by Toscanini, but in contrast with the famed Italian, his methods with musicians were extremely kind and gentle, probably too much so. Dorati took a more authoritarian approach, even aping Toscanini — who had once famously told his orchestra during a rehearsal, “You make me sick; I’m going home,” and walked out — by also ostentatiously storming out of a rehearsal but putting his head back in the doorway to add, “Don’t leave! I’m coming back!”

Each in their way, Mitropoulos and Dorati pleased audiences, but surely the Dorati era had its stressful qualities for the musicians. I suspect that the arrival of Skrowaczewski occasioned some feelings of relief on their part. Arguably the orchestra became somewhat weakened by changes during the next few years, but it shed its tensely controlled and ever so slightly brash sound, gradually taking on a more transparent and relaxed tonal quality. It grew into a larger, full-time ensemble. A fine example of the result is their later big album of Beethoven overtures and incidental pieces. Audiences found the new maestro to have an instinctive sense of the Viennese classics, a natural affinity for Shostakovich and Prokofiev and a relatively objective view of Tchaikovsky and other high romantics.

After a few years, complaints arose from musicians, some maybe justified, and others perhaps from those who simply wanted a more warmly interpersonal or entertaining weekly preparation routine instead of hours of rehearsal during which Skrowaczewski might seem to tense up or say little. And although the era of Toscanini had ended, it was still a time of conductor-eating musicians. The New York Philharmonic was notoriously so, as poor Mitropoulos learned when he took up their directorship after leaving Minneapolis where he had probably enjoyed the happiest period of his career. Some might say the Philharmonic killed him.

But Skrowaczewski’s concerts were generally well received, and no one doubted his dedication, talent and energy. One of the principal players remarked to me, “We probably can’t do better than Skrowaczewski,” while another gave an unfortunate example of the maestro carefully rehearsing French horn details in the trio of the Eroica Symphony scherzo and the musicians then, in performance, forgetting what they had just learned. The tradition of presenting new and 20th-century music continued — honored as such by ASCAP, among others — with particular attention to international trends. The Orchestral Association board remained admirably open-minded about the new, and Skrowaczewski diligently responded to listeners who complained about his explorative programming of the contemporary scene by thoughtfully providing explanations. A noted visiting soloist remarked that he had just performed a challenging new piece in New York with Zubin Mehta, who had serious difficulty coping with it, but working on it with Skrowaczewski was no problem at all. A Cleveland interviewer asked Skrowaczewski about his great interest in new music and how did he get all these new scores? The maestro replied, “Through the mail!”

From time to time he programmed his own compositions — there’s little doubt he’s one of the very finest composers ever active here — which made it clear that here was more than a gifted musician or conductor, but a resident in whose own music — such as “Passacaglia Imaginaria” — shone a spark of genius. His composer’s fine sense of musical architecture showed in the way he presented the music of others, both old and new. I did not hear of poor reviews when the orchestra went on tour. It gave an unprecedented concert at the United Nations. A big album of Ravel’s music was well received in France. Skrowaczewski kept pushing for the orchestra to have a home of its very own, a goal finally attained with the construction of acoustically excellent Orchestra Hall.

After 19 years of fine concerts in which the beat and steady coordination from the podium never faltered — so many memorable performances come to mind — and of growing recognition for the orchestra, it was conceded that his directorship had run its course. Once again, many looked forward to a change. The musicians got it in the form of Neville Marriner, whose rehearsals were said to be congenial and down to earth, but for the public the concerts — in my opinion — were maybe not so interesting. (And certainly Marriner demonstrated no serious involvement with new music.) Skrowaczewski went to the Halle Orchestra, where he found that in contrast to the hard-won musical open-mindedness of the Twin Cities, Manchesterians definitely wanted him to stick to the most standard classics.

He and his family kept their home here, where they had enjoyed settling. Throughout the Minnesota Orchestra’s successive directorships of Marriner, de Waart, Oue and Vänska, as conductor laureate he continued to give us at least one concert every year. When the St. Paul Chamber Orchestra temporarily lacked a music director, Skrowaczewski helped out by filling in.

Leaving Manchester after seven years, he guest conducted widely — quite often in Cleveland and Philadelphia, loved by Juilliard students when he worked with them — and eventually established ongoing close associations in Tokyo with the Yomiuri Nippon Orchestra, and in Germany with what is now the Deutsche Philharmonie Saarbrücken-Kaiserslautern. He was neither an exceptionally charismatic public figure nor a self-promoter; thus I believe it was in such locations as those two and ours, where he developed lasting relationships with concert-goers and musicians who could become well acquainted with his total dedication to music, that he became most appreciated. He continued to grow as a conductor and sought-after composer.

After Skrowaczewski’s concerts here in October of 2016 — fated to be his last appearances — Michael Anthony wrote sensitively in the Star Tribune about the “late style” in which the conductor “seeks to build organic structures with relatively flexible tempos and long developing lines that reach a summit of intensity.” In his Indian summer as a performer, Skrowaczewski’s talents as conductor and interpreter had come into fullest bloom. Like Anthony, I hope interested readers heard many of those memorable concerts of recent years, and I would point them to Skrowaczewski’s Saarbrücken recordings of the Beethoven 9th, and of the Brahms and Bruckner symphonies, as further examples that are, in my opinion, second to none. Minnesota Orchestra musicians seemed to appreciate his ever-deepening musicality; they enjoyed his strong support during the lockout, and local concertgoers increasingly loved the presence of that always high-minded and now white-haired and eminent figure on the podium.

Stanislaw Skrowaczewski nurtured a degree of interest in and response to the symphonies of Anton Bruckner by Twin Cities audiences that is perhaps unusual in the U.S. In the 8th and 9th symphonies, the intensely devotional Bruckner also developed a “late style,” at times an expression of profound unease, a radical searching in keys and dissonant harmonies reaching levels of anguish that make the moments of affirmation all the more radiant. Skrowaczewski had a rare comprehension and ability — as maybe no other conductor could — to build and project those wrenching emotional contrasts so that they make a great dramatic chiaroscuro comparable, I think, to the astonishing resurrection panel of the Isenheim altarpiece in Colmar. In that famous early 16th-century painting by Mathias Grünewald we see several human figures lying on the ground as if stunned, strewn and rendered insensate while another figure, seated, seems utterly lost in somber reverie, all of them casting shadows and unaware of the brightly illuminating Christ who floats forth from the broken tomb in triumphant resurrection, glowing in ascendance before a starry background of deep blue.

Last October, Twin Cities audiences listened raptly to the mysterious unfolding of Bruckner’s 8th as the wonderful Minnesota Orchestra expertly followed the 93-year-old Skrowaczewski’s profound understanding of that vast musical panorama of the soul. We had all grown, for 56 years, together.

David Markle is a Minneapolis-based writer and acoustical designer.

Skrowaczewski, here with us