Last year, Minneapolis and St. Paul submitted a joint proposal for the Smart City Challenge, a U.S. Department of Transportation competition asking cities to submit their best, most creative ideas to address the challenges they face. While Columbus, Ohio, ultimately took home the top honor, we can’t give up on our aspirational — and much needed — vision to become a smart city. 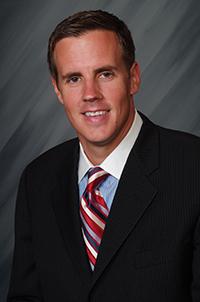 Let’s first take a step back. How do we become a smart or future city? The Department of Transportation identified the goals of its Smart City Challenge as implementing innovative technology and partnership to improve safety, enhance mobility and address climate change. To take this a step further, I view a smart city as a resilient city — one that is technologically enabled, connected and agile to address 21st-century environmental, social and economic challenges. Beck Dawson, chief resilience officer for Sydney, Australia, said it best: “[urban resilience is] the capacity of individuals, communities, institutions, businesses and systems within a city to survive, adapt and thrive, no matter what kinds of chronic stresses and acute shocks they experience.”

According to Census data, between April 1, 2010, and July 1, 2015, Minneapolis’ estimated population grew by 28,340 people and St. Paul’s grew by 15,783 people. By 2050, the Organisation for Economic Co-operation and Development (OECD) predicts that 70 percent of the world’s population will live in urban areas. With cities continuing to grow as the centers for people and economic activity, there has never been a better time than now to make progress toward becoming a future city.

To make this goal a reality, government, corporations and entrepreneurs — what my colleagues and I like to call the “Power of Three” — need to work together to build a better working urban world.

Big data is a term frequently thrown around when it comes to cities. But it’s much more than a buzzword. Big data allows government entities to take a granular look at their populations’ demands and behavioral patterns. As real-time data become more easily accessible through new data and analytics tools, governments are becoming more adaptable to meet their populations’ needs and more resilient against shocks, such as widespread disease or large-scale cyber attacks.

I would challenge governments to take this a step further by increasing their use of predictive models and behavioral approaches to policy to anticipate the needs of growing cities to become more proactive. Take transportation as an example. Data can allow government to predict commuter behaviors should autonomous buses become commonplace. If the predictive behavior looks positive, governments can make the decision to move forward with funding and create pro-autonomous bus policies.

One key question for corporations in the Twin Cities is how to use smart assets to drive superior return on investment. Smarter infrastructure, both physical and social, is a key component for smart cities. The real estate and construction industries have a key opportunity to optimize physical assets for new technology that could revolutionize the way businesses manage assets. As an example, smart buildings equipped with the latest technology have the ability to detect and respond in real time to occupancy, environmental and operational changes. Real-time data on usage and temperature, and the ability to respond to changing conditions, can allow for reduced operational costs and greater energy efficiency.

The sweet spot for entrepreneurs in the smart landscape is using new technologies to transform how citizens engage with their city. They are asking themselves better questions, such as: How do commuters move around the Twin Cities? Where are the epicenters of work in our cities? How are our residents spending their leisure time? Their ability to identify gaps in the market will continue to drive new commercial opportunities in Minneapolis and St. Paul. A prevalent example that comes to mind is the growth of ridesharing companies that derived from the transportation needs of those living in the city. We will continue to rely on entrepreneurs and innovative thinkers to identify the latest needs of city dwellers and innovate to meet the changing citizen demands.

While each of these three players are important for the Twin Cities to become a smart city, we won’t be successful unless each party is working together. And how will we know if we’ve been successful? Time will tell, but when we reach success, you should expect to see smart, resilient cities enjoying things like shorter commute times, less pollution, accessible employment and social services, and quality leisure activities. I look forward to doing my part to make this a reality.