I am a Milwaukee native and a graduate of J.I. Case High School in Racine, the University of Wisconsin-Madison, and a graduate of the great urban planning graduate program at the University of Wisconsin-Milwaukee. My parents and many of my family are dead and buried from Kenosha on up to Green Bay. I love beer, brats and the Green Bay Packers. I am so Wisconsin. My cousin owns a bowling alley not far from Lambeau. She has season tickets not too far from the Lambeau leap section. I used to own a baby blue AMC Gremlin and a Pacer. I have a cabin in rural Dunn County by the Chippewa River. I am so Wisconsin. 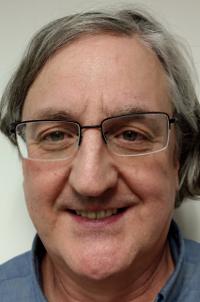 I love Wisconsin, but, like many ex-Wisconsinites who have landed and settled in Minnesota, I know there is no way I am going to move back to my home state. I’ve been living in Minneapolis/St. Paul for over 20 years and I can say with a fair amount of expertise that besides the Packers and Paul Smith, the outdoor writer for the Milwaukee Journal Sentinel, it’s way better over here. And I mean way better. I know Wisconsinites don’t like to hear this, and it makes many of them mad, but it’s true.

A person could go on and on about politics and drill down into public-policy issues but I won’t. It’s of course not the same Wisconsin I grew up in – riding my bike by the gates of the American Motors — later Chrysler — plant in Kenosha, playing baseball next to the Snap-On factory, watching the bars open up and fill up with third-shift workers while heading off in the morning to school. My little league team was called Sorenson Manufacturing. We used to play the American Motors Gremlins and Hornets. How cool was that?

My father taught me never to cross a union picket line. I believe for the first time since he passed he actually is really ready to roll over in his grave now that Paul Ryan, the congressman from Wisconsin District 1 and so-called brains of the Republican Party, is working to take health care away from millions, including District 1 residents. How that great Janesville GM plant went down under Ryan’s watch — and how he still has his gig and can carry on about bringing back jobs and health care  — is beyond my imagination. That’s for you all to figure out.

Back to why you should move to Minnesota. So here’s my list. It is by no means exhaustive. Yes, I know it may rub you the wrong way and make you mad so I say make your own list about why you should stay in Wisconsin or why I should move back. I’ll even start it for you: 1. Green Bay Packers.

Enough already. So Minnesota has …

So I wanted the list to end on 25. But, I had to leave something out. Wisconsin has been, and likely will remain, the booziest state in the nation. Minnesota has some of the best alcohol rehab centers in the world. If you are a Wisconsin native with a complicated relationship with alcohol, head on over. You might just never want to go home again. Well, except for a Packer game of course.