On the morning of Dec. 10, 2014, Sandra Lommen, a 20-year-old Bemidji State University nursing student, was found unconscious in the woods near her college campus. Showing signs of hypothermia and intoxication, she was transported by emergency personnel to Sanford Bemidji Medical Center but was later pronounced dead at the hospital. Lommen was attending a house party the night before and found herself lost on the way back to her dorm room. Because Lommen was underage, a criminal investigation ensued on how she became intoxicated and who provided alcohol to her. Bemidji Police conducted the operation until March 2015 but ultimately filed no charges. 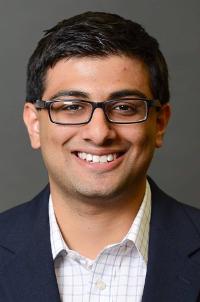 Some research proposes that for underage drinkers in similar situations to Lommen, the pressure to drink comes from concern about peer acceptance and social approval. Even before college, social events featuring alcohol have become common for high school students across Minnesota. The pressure to drink only intensifies during college, a context in which students interact less with parents and have more unstructured time available to them. Indeed, 75 percent of first-semester college students report engaging in risky behavior — like alcohol use — simply to fit in. Many students also perceive blackouts and hangovers to be neutral or even positive consequences of drinking.

Although many Minnesotan colleges and universities already implement some sort of alcohol education for first-year students, supplementing with eCHUG could improve outcomes. One notable study separated 350 high-risk college students into eCHUG and non-eCHUG groups and followed them for three months during their first semester on-campus. At the study’s completion, students part of the eCHUG group reported a 58 percent reduction in peak drinking, 65 percent reduction in intoxication frequency, and 34 percent reduction in weekly drinking from baseline measurements.

In contrast, students in the non-eCHUG group reported increases of 11 percent, 15 percent, and 10 percent, respectively. Moreover, eCHUG can also realize success at the high school level, as another study has demonstrated that high school students — as young as ninth grade — while using eCHUG report reduced drinking frequency and fewer alcohol-related consequences in comparison to students not using eCHUG.

It is important to remember that most Minnesotan youth do not drink at all. It is a misconception that teenagers and college students need to drink to fit in; illustrating this to our youth may be the best way to longitudinally combat binge drinking.

Sandra Lommen’s death was an unfortunate tragedy, but more than two years later, our state still has not effectively responded. However, at only $975 per year per organization, eCHUG is highly implementable across the state in our high schools, colleges, and universities. I urge us to all get behind this proven tool and commit to preventing tragedies like Sandra’s in the future.

Aditya Parikh is a third-year economics undergraduate student at the University of Minnesota and is currently studying health policy at the School of Public Health.