Those who cannot remember the past are condemned to repeat it. And more often than not, they are Democrats. 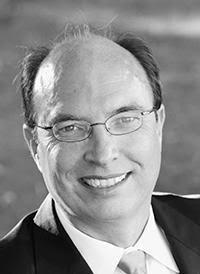 The 2016 presidential primary was unique in having a powerful insurgent candidate who was not a Democrat. Accusations were made that the Hillary Clinton campaign was too politically “inside.” Some of that was probably a lack of understanding of how the process works by Bernie Sanders’ newly minted political activists, but there was almost certainly some truth to it. Uncommitted delegates, usually known by the term “super delegates,” flocked to the establishment candidate, and most of the usual endorsers endorsed her as well, and endorsed her early.

It is not known if these endorsements influenced the outcome of the primary, but it is undoubtedly true that they left a bad taste in the mouths of many. The endorsements themselves were not the problem. The problem was the rush. Candidate Sanders didn’t have a chance. Some organizations produced their endorsements much earlier than they normally do. All those newly involved activists were compelled to engage in the political system, then they became frustrated by the inside baseball, and even to this day they are not fully on board because of this sort of behavior by established Democrats.

I personally avoided supporting either candidate until I was certain one would win the primary, then I waited a bit longer, and then fully supported Clinton. And I believe she would have made a great president. But my support for Hillary does not make me blind to the justifiable attitude of many millennials as well as long time party activists who saw their preferred candidate treated poorly.

And now, I’m afraid, we are seeing inside baseball again. The ink on Rep. Tim Walz’s declaration of candidacy for governor of Minnesota was still glossy wet when the endorsements started flying. From the outside, it looks a lot like the small group in charge picked Walz as the DFL’s candidate, and all that remains is dotting of the i’s and crossing of the t’s.

I’ve been to a lot of activist and political meetings over the last few months, including DFL events and Indivisible events, and every single person I’ve talked to about this race has either suggested Rebecca Otto as their choice, or put her in the top two. After the first strong rumors of Walz’s declaration came around, that opinion shifted to this, paraphrasing: “I really want Otto, or maybe Coleman. But now, did you hear, Walz is in the race? It’s over.”

When asked why it is over, the answer is usually, “Well, they’ve decided, haven’t they” or words to that effect.

No, “they” have not decided. Many of us feel that a sitting DFL member of Congress should keep his or her butt right where it is, given that we need to attain a Democratic majority in the House in the next midterm. This is not a political preference but rather an existential requirement. Walz’s seat is not going to stay Democratic if he leaves. He is making a terrible and regretful mistake.

Many people are annoyed that someone could just Walz into the governor’s race and be anointed without the process actually happening, and many are afraid — truly viscerally afraid — that a Democrat would Walz away from a seat in the U.S. House of Representatives at this crucial time.

One could argue that these early endorsements don’t matter. In fact, I’m pretty sure they won’t affect the caucus or primary process too much. But they damage the party and the process in other ways. These early endorsements are a signal. The insiders have decided. More important, yes, there are insiders, and they decide things. Oh, did you want to have a role in the process? No problem. Show up at the caucuses, we’ll let you know what we’ve decided.

Greg Laden is a science communicator, teacher, and political activist who blogs at Scienceblogs.com.