The federal budget numbers recently released by the Trump administration are disturbing in their direction and ultimately counterproductive to some of our country’s greatest economic assets: discovery and innovation. 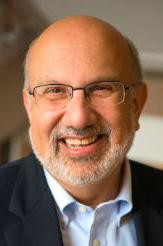 It is hard to believe Congress — which just in December passed the 21st Century Cures Act, a major piece of legislation designed to re-energize medical research — will agree to such devastating cuts to research. Overall, I am hopeful that the bipartisan commitment to research funding that has been an important congressional through line for the past half century will prevail, but we need to be aware of the consequences if it does not.

The faculty at the University of Minnesota, the state’s only major research university, rely on resources distributed by nearly every federal agency that supports research. Federal funding accounted for 60 percent of UMN’s $788 million in outside research awards last year.

And what has research done for us? We’ve seen significant progress in treating cancer, cardiovascular disease, depression and diabetes, among others, at the same time that we rely on technology in our smartphones, tablets and laptops to do our jobs and live our lives. All of these innovations have roots in the basic research that the federal government has funded in the postwar era. If federal research funding is slashed, we can expect fewer improvements to our quality of life for decades to come.

The president’s budget request includes a proposed 18 percent cut to the National Institutes of Health (NIH), the world’s premier government agency supporting biomedical research. Last year, NIH funding composed nearly one-third of the U’s external research awards. These awards have supported everything from replacement heart valves that grow along with a child recipient to international clinical trials for more effective HIV treatments to better pain control without the need for opioids to potential reversal of memory loss in Alzheimer’s patients. Cuts of this magnitude, according to Brooks Jackson, our vice president for health sciences and dean of the Medical School, would damage the research mission of the United States for a generation and would be hard to recover from.

The University of Minnesota’s pre-eminence in biomedical research contributes to the health of Minnesotans and their communities. At the same time, it forms an important foundation for Minnesota’s life science and medical device industries, which employ 167,000 people.

Other proposed cuts shortsighted as well

While not as unexpected as the cut to NIH, proposed cuts to humanities and arts, energy, and environmental and climate science research are also shortsighted and could impact critical UMN research in such areas as the immigrant experience in the state, improving energy technologies, and strategies for securing our food supply and our economy in the face of climate change and extreme weather events.

Unmentioned in the president’s budget request is the fate of the National Science Foundation (NSF), which provided $85 million in awards to University of Minnesota researchers in 2016. The agency may or may not fall under the request’s “other” category and thereby be subject to a nearly 10 percent across-the-board cut, but the document is ambiguous. Either way, NSF’s omission indicates a lack of attention to the basic research at the foundation of the technology we use every day on the web, in our phones, in MRIs, in our Global Positioning Systems, and in other technologies that fuel our high-tech economy.

Today competitiveness for federal grants is already very high, and that means many potential research projects are going undone. A reduced or just flat research budget means that even more potential discoveries, economic growth opportunities, and improvements to our quality of life will be left on the table.

For our part, we are encouraging people in the university’s research community to let their federal officials know how central federal research funding is to their work and its impact on our quality of life. Leaders at the university will remain in close contact with our congressional delegation and our representative associations in Washington, D.C., to advocate for critical research funding in FY 2018 and beyond.

Allen S. Levine is the interim vice president for research, University of Minnesota.