The Republican war on trains is drastically misplaced. Our future does not lie in more asphalt, more cars, and longer commutes. Modern mass transit is our future, yet Minnesota Republicans, as well as congressional Republicans, are saying it is causing a credit-card problem. The reality is that the Minnesota GOP is having a credibility problem. 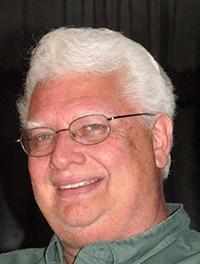 The recent Community Voices piece, “Don’t put another train on our kids’ credit card,” by Kim Crockett of the Center of the American Experiment, is just another biased treatise, in my opinion.

First she asserts that the national debt will only be increased by funding these train projects — which, frankly, is true for just about any spending project. Defense, roads and bridges, human services — all of it will increase the debt because we do not generate any revenue, even for the things we have committed to fund.

We have been using the kids’ credit card not just for trains but for everything. This obsession with tax cuts is the real culprit, not the things we have needed for years. And a good mass transit system will eventually pay dividends because there will be less pollution, fewer traffic jams, fewer single-occupant cars, more development around rail which increases the tax base, lower maintenance costs (as compared to roads), and more construction jobs. Yes, the initial investment is high — but it is not going to cost less if we delay and obstruct.

Crockett says that “most local and state officials” say no to trains. Well, that is partially true, but only from one party. The Republicans have cast their majority lot with rural Minnesota, where it is easy to demonize mass transit. And as retired Republican legislators begin to overrun county boards, it will only get worse in that regard.

Democrats overwhelmingly support modernizing our transit. Gov. Mark Dayton supports it. City councils are generally on board. And most of our congressional delegation support it as well.

It shouldn’t be a partisan issue. And this is especially true when metro areas are already committing their monetary resources to make this happen. General funds are part of the mix, but not nearly as much as the Republican legislators try to have us believe. Metro sales taxes cover the bulk of metro transit. It is a fair funding mechanism.

Crockett also includes an opinion from the CATO Institute, another GOP think tank:

“Light rail is an obsolete form of transportation that will be made even more obsolete in a few years by self-driving cars,” said Randal O’Toole, a CATO Institute senior fellow and public transit expert. “Congress should stop funding light rail, including the Southwest line, as well as other obsolete transit programs, such as an extension of the Northstar to St. Cloud.”

Yes, self-driving cars may be in the works, but you will still have to maintain roads for them. You will probably still have single occupants. And the pollution effects have the same probabilities as human driver cars. It depends on what type of fuel you opt to buy into. So how cars that drive themselves will change any of the things that we look to mass transit to solve is a mystery — and Crockett does not offer analysis for that.

Kill it now, when costs will be higher later?

She tells us that “costs will only rise with time.” Well, yes, they will, which is why we must follow through on this now. We have the SWLRT project under way. We have the route laid out. Some of the rail cars have already been bought. So, kill it now?

You know there will come a time when we will want to revisit this. We don’t want to come back and start over do we? Like the Dan Patch line study, which was legislatively ended and which local officials want to resurrect.

These are not projects without supporters. The problem seems to be that those supporters just don’t offer that same support to obstructive Republicans.

Minnesota’s future should not be a partisan war. Other major population centers are ahead of us on transit solutions. If we want to compete with them for visitor dollars and major development projects, then we need to find better ways to move people and reduce our carbon footprint.

Dave Mindeman lives in Apple Valley. A version of this commentary was published on the mnpACT! blog.

The Republican war on trains is drastically misplaced