We don’t seem to hear much about cigarette smoking anymore in the news. Not since smoking was banned in Minnesota’s bars and restaurants back in 2007 under the Freedom to Breathe Act has smoking been a major topic of discussion. This certainly does not mean that Minnesota’s smoking problem has been solved, or that smoking is no longer a problem in our state.  In fact, smoking remains a big problem, a big problem that is largely preventable. 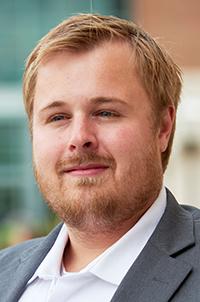 Smoking has roots in Minnesota that go back decades, and due to the highly addictive nature of nicotine, it has proven an extremely difficult problem to solve. Smoking rates increased drastically following World War II, and have been a serious public health problem in Minnesota ever since, despite anti-smoking efforts starting in the mid-1960s.

As a respiratory therapist at a large metro hospital for almost 10 years, I saw firsthand that cigarette smoking is still a big problem in Minnesota.  People in our communities are dying every day as a result of smoking-related illnesses. Tobacco use is still the leading cause of preventable death for Minnesotans, and according to the Minnesota department of Health, almost 6,000 of our residents die from smoking every year; this is more deaths than alcohol, homicides, car accidents, illegal drugs, AIDS, and suicides combined. Smoking not only causes lung diseases such as lung cancer and emphysema, smoking causes heart disease, stroke, and diabetes.

In addition to causing devastating diseases and death in Minnesota, smoking costs us dearly in increased health-care spending. Minnesota spends over $3.2 billion annually in excess health-care costs attributable to smoking. Our health-care spending is undeniably out of control, and we need to act. Excess smoking expenditures represent a significant portion of our spending, which we can reduce if we choose to do so.

Now is the right time to take further action to reduce tobacco smoking. Health, health insurance, and health-care spending are constantly in the news, making it an opportune time to pass legislation that would improve our citizens’ health and decrease health-care spending. We’ve been successfully raising taxes on cigarettes over the past few years, but there are other actions with proven track records that we can take.

Minnesota can pass legislation that increases the legal age to smoke from 18 to 21. Hawaii and California have succeeded in passing legislation that raises their smoking age to 21, along with more than 220 municipalities including New York City, Kansas City, Cleveland, Boston, and San Francisco. Increasing the legal age to smoke to 21 in Minnesota would help to reduce the number of our younger residents who start smoking, and we would see positive health and financial benefits for decades to come. A study completed in Needham, Massachusetts, which raised the purchase age of tobacco to 21, showed a significantly greater decrease in youth smoking than surrounding communities that kept the purchase age of tobacco at 18.

Although we may not hear much about smoking these days, it continues to ravage our communities’ health and finances. Let’s listen to the clear majority of adults and take the opportunity to enact a simple and effective piece of legislation that raises the age of smoking to 21. Let’s take another important step in stamping out smoking for good.

Sean Severson, BA, RRT, is a second-year graduate student in the Executive Public Health Administration and Policy Program at the University of Minnesota School of Public Health and a former respiratory therapist at Hennepin County Medical Center.