An incident happened recently that really drives home why I’ve spent the last few years dedicated to toughening the penalties for distracted driving. Last week, 9-year-old Maddie Vance from St. Paul spent the night in the hospital after getting hit by car driven by a woman too distracted by her cellphone to notice Maddie, her brother, and their teacher in the crosswalk. 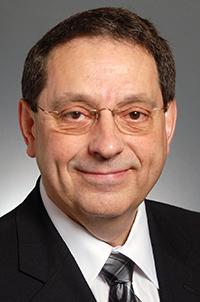 Maddie’s story illustrates a growing problem both here in Minnesota and across the country. Nationally, more than 3,000 people are dying each year due to distraction-related crashes, and 431,000 people are getting injured. It’s not OK – and as Distracted Driving Awareness Month draws to a close, I wanted to remind readers about a quiet battle over distracted driving happening right now at the state Capitol.

I have authored legislation to help reduce the number of distracted driving crashes. It enjoys bipartisan support. This legislation would require using a cellphone in hands-free mode while driving. While my bill received a hearing in the Senate, and the promise of further review and hearings next year, the House Public Safety and Security Committee refuses to hear it – effectively blocking further progress.

Why is Cornish holding the bill hostage?

This kind of behavior prompts the question: Why would House Republicans try to block this bill? It has both Republican and DFL authors, and is largely noncontroversial. Everyone is in agreement that fewer Minnesotans should die because of  distracted driving. If the legislation passed, Minnesota would join 14 other states and the District of Columbia in banning hand-held cellphone use while driving. So why is Rep. Tony Cornish —R-Vernon Center, chair of the House Public Safety and Security Committee — holding the bill hostage? I encourage supporters of the bill to call him and find out.

A recent Star Tribune editorial highlighted this very issue – and called for a “stop to the madness.” It highlighted previous work of the Minnesota Legislature designed to encourage safer driving habits – including bills I’m proud to have authored in the Senate.

Under current state law, texting while in traffic is prohibited – and that includes while you’re waiting at a stoplight. It’s also illegal for school bus drivers and teens using permits and provisional licenses to use cellphones at all while driving. Officers can issue tickets for inattentive driving, with $50 fines for a first offense and $275 for subsequent violations.

In 2015, I brought forward a bill that eventually was signed into law that approved tougher penalties when a driver kills or injures another person while “aware of and consciously disregarding a substantial and unjustifiable risk” behind the wheel. All of these measures have been steps in the right direction. But they aren’t enough.

With less than four weeks left until the end of this legislative session, banning the use of handheld cellphones while driving will likely continue for another year. But rest assured, I can’t forget about what happened to Maddie and so many others like her. I especially will not forget the families who contacted my office or gave heartbreaking testimony in committee about loved ones taken from them by drivers who couldn’t put the phone down for a few moments.

I won’t give up on this issue, and I’ll continue pressing House Republicans to give the bill the fair hearing it deserves.