The United States’ debate over immigration policy has been absent of actual debate in substantive terms. During Donald Trump’s candidacy for president, the inflammatory remarks he made toward immigrant populations dominated the headlines. The left-leaning news media focused on the tactlessness of the remarks while the right-wing outlets defended and/or apologized for them. Neither side made use of the accessible information, based on facts, that has been provided by the decades of research on the subject. The immigration policy debate seems less about immigration and more about a policymaker’s likelihood of re-election. The news media are allowing the debate to be one of rhetoric, which allows these myths a perpetual, unchallenged existence. 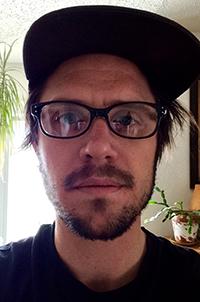 This quote encapsulates the most prevalent immigration myths in public discourse. Immigrants and refugees are blamed for taking our jobs, for higher crime rates, and viewed cautiously as potential terrorists. There is very little evidence to warrant any of these claims, yet they dominate the debate, discouraging us from a public discussion based on facts.

Many Americans assume that more people moving to the United States increases competition for available jobs. When we look at historical immigration rates compared to the corresponding time period’s unemployment rates, we find that there is very little evidence that they have any relation to one another. The high levels of unemployment during the Great Depression, for example, occurred during an era when immigration rates were the lowest in history. Furthermore, if we take into account the growth in population associated with an increased rate of migration, we must also realize that population growth and job creation go hand-in-hand — more people/more jobs.

The role of globalization

The myth that immigrants take American jobs leads us to overlook, oversimplify, and ignore very real circumstances that are proven to actually take jobs. The United States economy was founded on slavery, the most inhumane/immoral source of cheap labor ever devised by the human race. The country’s abolition of slavery changed the moral direction of our society, but it did not change the American economy’s increasing demand for cheap labor. This insatiable appetite for cheap labor is the origin of globalization, which is a primary cause of job loss in the United States.

While we argue, falsely, about immigrants taking our jobs, the very real economic forces responsible continue to do so. The North American Free Trade Agreement, or NAFTA, was designed to increase business across our borders, which it has done successfully. Unfortunately, provisions within the document also discouraged immigration flows that would coincide with the flow of commerce, leading many American companies to look outside of the U.S. for the labor. These companies continue to exploit Third World countries of their resources and low-wage labor pools, impacting the political stability of whole regions in the name of economic gain. This economic and political behavior has left many people with little choice but to find a better life in another land. Ironically, that land of opportunity has traditionally been the United States.

Americans are led to believe that these immigrants are morally deviant, drug-dealing invaders, intent on destroying the essence of what America means to us. Donald Trump stated this so memorably:

This view, coupled with his executive order to ban travelers from some predominantly Muslim countries, feeds into the distrust of foreigners felt by a large portion of American society. The media exacerbate the anxieties by fixating on criminal acts carried out by undocumented immigrants while ignoring the very same acts committed by native-born Americans. Many headlines were written about two teenaged undocumented immigrants who were accused of raping a female classmate in Maryland; the few headlines pertaining to all charges being dropped a few weeks later were much harder to find. Criminal acts should be dealt with according to the law, but we must acknowledge the overrepresentation and rhetoric used in the news stories regarding immigrants and the crimes they allegedly commit.

Opening up to the positives

Fear is a natural emotion to arise when the normalcy of life is challenged by the unknown. The human fight-or-flight instinct is not in step with how connected our worlds have become. By resisting the tendency to assume the negative aspects of unfamiliar people and cultures, we open ourselves to the positives that come from the natural exchange of ideas and experiences that will only improve our lives together as we become more connected.

The individuals who labor in perpetuating immigration myths do so in order to serve their own political/economic interest, or they have simply chosen to remain ignorant. Neither reason serves the interest of the public, or the dignities of those affected.

Adam Hurlburt is a student at the University of Minnesota.