I became dependent on prescription opiates at the age of 23. My first episode of excruciating abdominal pain occurred as an undergraduate college student. This resulted in having my gall bladder surgically removed. Physicians thought this was the source of my pain and that surgery would prevent any further health issues. 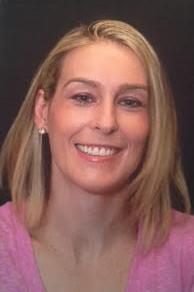 Three months later the pain resurfaced, which resulted in numerous emergency-department visits and hospitalizations over the course of 15 years as physicians tried to determine the cause of my abdominal pain.

When a physician can’t diagnose the cause of a patient’s pain, most often the patient is sent to a pain management specialist. This happened to me in my first year of medical school. As a medical student I thought that all doctors had their patients’ best interest in mind and trusted that they were practicing evidence-based medicine. Putting it simply, I thought doctors were gods. Unfortunately, I resided in a rural state with one pain management physician. The physician started me on highly potent opiate-based pain medication, Dilaudid (hydromorphone) and Actiq (fentanyl). Fentanyl is not safe for “opioid naïve” patients and is 50-100 times stronger than morphine.

While the opiates kept me out of the hospital, I became dependent on them. I was referred to numerous specialists at some of the best research hospitals in the country including Hennepin County Medical Center, The Mayo Clinic, The Cleveland Clinic, Johns Hopkins, and the University of Iowa. I received no answer as to the cause or a diagnosis of my chronic pain. I became labeled a “frequent flier” in the emergency department and was continually told, “It’s in your head,” “You just need therapy,” and “You’re a drug seeker” by numerous physicians. This was frustrating, to say the least, and it became exhausting to advocate for myself.

After 15 years of debilitating pain I finally received a diagnosis of chronic pancreatitis with the aid of advanced imaging available in Minneapolis. The main symptom of pancreatitis is extreme abdominal pain. I had the luxury of being able to afford a groundbreaking surgery pioneered at the University of Minnesota, and it changed my life. I went from being bedridden in my parents’ home to embarking on a new career path in health policy. I was awarded an internship at the National Institutes of Health  and the U.S. Senate and obtained a master’s degree in public policy from American University in Washington, D.C.

While the quality of my life improved after the surgery, I remained dependent on opiates. The cycle of seeing a pain management physician every 28 days continued. This consisted of a five-minute discussion with my physician asking, “How are you doing?” and handing me another opiate prescription or increasing my dose as my tolerance to opiates increased.

This cycle finally ended with the decision to move back to Minneapolis this past fall. My current pain management physician properly prescribes opiate-based pain medication based on the 2016 Centers for Disease Control (CDC) opioid prescribing guidelines. The guidelines are intended to decrease inappropriate overprescribing practices and were implemented to curb the opioid epidemic we face in this country. In 2012, 259 million opioid prescriptions were written — enough to account for one bottle of pills for every American adult. The CDC prescribing guidelines may prove to be an effective policy to curb inappropriate opiate prescribing practices. However, physicians are not required to follow the guidelines and may choose to continue to overprescribe and make money off the backs of people suffering from addiction and dependence.

I’m in the process of tapering off of an opiate medication I have been on for a decade. My brain and body are getting used to a life without opiates. I am currently a candidate for a master’s degree in public health at the University of Minnesota. As a current graduate student it is incredibly hard to adjust to this change in my life while still struggling with chronic pain. My academic work has suffered since I started the tapering process in December. However, I am committed to getting opiates out of my life, as I do not want to become a statistic.

I know my story is not unique. I am incredibly lucky I have not become one of the 91 Americans who die each day from an opioid overdose. I’m sharing this in the hope that it may prevent one person from becoming dependent on opiates. Had I known then what I know now I would have questioned my first encounter with a pain management physician.

Tina Lingen holds a bachelor of science degree from the University of Minnesota, a master of public policy (MPP) degree from American University, and is a candidate for a master’s in public health administration and policy at the U of M School of Public Health.