“Major Strasser has been shot! Round up the usual suspects.” 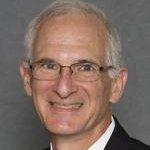 It was funny when the police captain said it in the 1942 movie “Casablanca” because the shooter was standing in front of him with the murder weapon still smoking. It’s not so funny now.

Why? Because the president is trying to bully Minnesota law enforcement officials into rounding up the usual suspects — immigrants — in a way that makes us less safe, harms police-community relations, wastes money, distracts from local priorities, and violates the Constitution.

The president threatens to withhold billions of dollars in grants from “sanctuary jurisdictions,” jurisdictions that he claims “willfully violate federal law.” But the term “sanctuary jurisdiction” has no legal meaning. Hundreds of counties and cities and five states could be labeled as “sanctuary” jurisdictions, according to the Immigrant Legal Resource Center. They include Minneapolis, St. Paul, Ramsey County, and Hennepin County. These jurisdictions have established policies that limit their involvement in federal immigration-law enforcement, and that refuse to comply with “detainers.”

Both policies make sense. They do not prevent the police from pursuing criminals, do not prevent immigration agents from doing their jobs, and do not violate federal law.

‘Detainers’ are requests, not warrants

Here’s why: Immigration and Customs Enforcement (“ICE”) has issued hundreds of thousands of “detainers,” which request local jurisdictions to hold prisoners longer than any state criminal charges would otherwise justify. But these detainers are nothing but requests. They’re not warrants signed by judges based on probable cause, as required by the Fourth Amendment. Courts have repeatedly held that local jurisdictions are free to disregard detainers, and that compliance with them violates the Fourth Amendment right to be free from unreasonable arrests.

To make matters worse, detainers are often based on misinformation. According to the Transactional Records Access Clearinghouse, ICE has illegally issued detainers for hundreds of U.S. citizens, although it has no jurisdiction to do so. And during a recent 50-month period, more than 77 percent of detainers were issued to individuals with no criminal record.

Not surprisingly, law enforcement agencies that comply with ICE detainers have been sued for violating the Constitution. Because of rulings by judges in Minnesota and elsewhere, local jurisdictions have paid substantial sums in damages to victims.

But holding people in violation of their constitutional rights is not just wrongful and expensive: It makes us less safe. Community policing requires trust and engagement between police and the communities they protect. It’s obvious — and studies show — that when people know that the police are acting as immigration-enforcement agents, they hesitate even to communicate — much less cooperate — with the police.

And then there’s the bullying: ICE issues weekly lists accusing hundreds of jurisdictions of declining to honor ICE detainers, and the president has threatened to withhold billions of dollars in grants to “sanctuary jurisdictions.”

Withholding grants from states that don’t want to allocate resources to enforcing federal immigration laws would violate the 10th Amendment to the Constitution, which forbids the federal government from conscripting local governments into performing federal functions. Thanks in part to opinions by the late Justice Antonin Scalia (overturning part of the Brady gun-control act) and Chief Justice John Roberts (overturning part of the Affordable Care Act), the federal government cannot hold a “gun to the head” of states that want to spend state money on state priorities instead of federal priorities.

Why should we care? Because local law enforcement officials need our support and encouragement to do the best they can to protect and serve us by doing the jobs they were hired to do. Minnesotans are contacting their mayors, city councils, police chiefs, and sheriffs to suggest that they should preserve our Fourth Amendment freedoms and resist the federal government’s attempt to commandeer state and local resources. This resistance is not a recipe for breaking the law. It’s a recipe for following the law and protecting our communities from crime.

The website peoplepower.org has suggestions for how to get involved. If we get together with our state and local governments to pursue the common-sense goals of following the Constitution and focusing on local law enforcement, the final line of “Casablanca” will turn out to be true: “This could be the start of a beautiful friendship.”

John Gordon is the interim legal director of the American Civil Liberties Union of Minnesota.