From St. Paul to Washington, D.C., the narrative that has been driving political stories lately is that of gridlock and lack of compromise, of division and partisan lines that will not be crossed.

In Washington, debate has ground to a halt, while bills are being crafted by a select few, and rank-and-file members of Congress go on TV and complain that they aren’t being included. Town halls across the country have become breeding grounds for shouting matches and protests. The chaotic end to another legislative session here in our own backyard was punctuated by sleep-deprived snark, a lack of trust all around the table, and now a fight that has to be decided by judges. 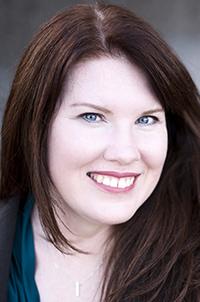 If real compromise and coming together was the outcome of late-night sessions and closed-door negotiations, then maybe I’d be OK with it. But more often than not, consensus isn’t the goal. Winning is the goal. When our legislatures are staffed with people who classify the other side of the aisle as the “enemy” and their main goal of any bill introduction is winning instead of governing, when roll-call votes are forced as campaign-lit traps and floor speeches are made to grandstand and provide sound bites for memes and the 10 o’clock news, we’ll never have the kind of government we want and deserve.

Building a stable foundation of public policy should be the aim of our elected bodies, but instead we have a tug of war that happens every few years as the majority pendulum swings back and forth. Getting the furthest right or the furthest left checks on the to-do list becomes more important than getting things done — like paying for transportation infrastructure or education or health care, or encouraging entrepreneurism and small business growth.

This toxicity starts well before swearing-in ceremonies; it starts before campaign season, when parties recruit and screen candidates. I’ll tell you a secret: State parties and coordinated campaign committees don’t care as much about individual races beyond the math to a majority number. Sure, some potential candidates bring attractive strengths (like the ability to fundraise beyond their own race, or appeal to a particular segment of voters) that make them more investible, but majority rule is always the end game.

So here’s a radical idea: The next time you go to the voting booth, stop worrying about majorities and start electing moderates.

I can hear it now, the screams of, “but my extremist is the only thing keeping their extremist in check!” The fact is, moderates can stand up to extremism as well as anybody else can, most of the time way more effectively because their goals are different, and they’re not biding their time just waiting for their turn to push extreme policy provisions through.

You can help to elect moderates no matter how deep red or dark blue your district is. If all of your neighbors think the way you do, maybe give a shot to the person who meets 90 percent of your ideological criteria rather than 100 percent. If you can live with your choice, don’t let perfection get in the way of good enough. You might have to vote for someone from a different party (gasp!) if you live in a district that is demographically different from your preference, but think about it: If your representative is definitely going to be someone of the other party, do you want him or her to be a moderate or an extremist?

With moderates in charge, there would be easier negotiation, more compromise, and fewer “poison pills” that dictate party-line votes or destine a bill for a veto pen. If constituents supported moderates at the polls, there would be no reason for lawmakers to hold out for the most extreme of positions. If moderates were the majorities, the pendulum wouldn’t swing quite as widely on policy positions from year to year. At best, that would equal a more sustainable and stable government. At the very least, it might cut down on the grandstanding.

Start paying close attention to the names on your ballots. Reward moderates with your vote, then plan on holding them accountable to standards of compromise and civil negotiation. Remind our public servants that you, not their caucus, are their most important constituency.

Shannon Watson is the founder of Definitely Someday, a firm that helps normal people plan for a future run for office. She has 20-plus years of experience in the political arena, working on local and statewide races in Kansas, Colorado and Minnesota, as well as working for the National Conference of State Legislatures and the Minnesota Senate. Shannon has a bachelor’s degree from Wichita State University and a master’s from the University of Minnesota-Duluth. She lives in St. Paul.

To bridge the political divide, focus on the middle