The release to the public of the 10-minute, 15-second dash-cam audio-video of the slaying of Philando Castile by police officer Jeronimo Yanez, which raised “reasonable doubt” in the jury that acquitted the officer of manslaughter and related criminal charges last week, leaves only one doubtful issue for the imminent civil lawsuit by Castile’s heirs: how many millions of dollars will be recovered from the insurance carrier for the two cities for which Yanez was working. 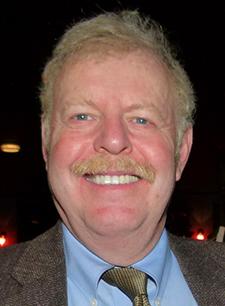 The acquittal by the jury in St. Paul last week does not, of course, immunize Yanez or the two cities, St. Anthony, which employed him, or Falcon Heights, which contracted for his services and where the shooting occurred, from civil liability. The O.J. Simpson litigation teaches that an acquittal in a criminal case can be followed by a sizable verdict ($33.5 million) in a civil lawsuit, with a lesser burden of proof for claimants, a preponderance or majority of evidence, rather than the high criminal bar of beyond a reasonable doubt.

But there is another kind of immunity that comes into play. The U.S. Supreme Court has made it increasingly difficult in recent years for claimants to prevail in police fatality shooting cases. It has held in a number of cases that police and the jurisdictions for which they work have “qualified immunity” from civil lawsuits for damages. Under this principle, they cannot be successfully sued unless the officer’s conduct violates “clearly established” constitutional rights. This, too, is a very high bar and difficult for most claimants to hurdle.

Nevertheless, family members of decedents unjustifiably shot by police have received large settlements from governmental bodies or their insurance carriers, often multimillions of dollars. The cities or their carriers recognize the large financial exposure they face from civil jurors in theses cases, coupled with political considerations and desire to avoid further adverse publicity within their communities.

The Castile civil case for unlawful police conduct, which his mother’s lawyers have promised is forthcoming soon, is likely to yield a comparable result for similar reasons. The critical 42 seconds of the video showing Yanez pumping seven shots into the obscured driver of the vehicle stopped for a back tail light transgression, has the quality of the Zapruder film, the 26-second recording of the assassination of President Kennedy in the motorcade in downtown Dallas; like a Rorschach test, how one regards the recording depends, in part, on their predisposed views of the subject.

On one level, it seems to be a shocking illustration of a police officer run amok, which is why Yanez was fired immediately following the verdict that exonerated him from criminality. But it also can be viewed, as did the law-enforcement-practices expert used by the criminal defense team, as a textbook example of proper police response to life-threatening furtive behavior by Castile in remarking that he carried a gun and, according to Yanez, was reaching for it.

Some of the other themes that ran through the criminal case — the smoking of marijuana by Castile and his passenger, his girlfriend, Diamond Reynolds, along with the presence of the drug in the vehicle — are likely to be unfurled again in defense of Yanez. Meanwhile, the claimant will probably emphasize the conflicting statements made by Yanez in an interview in the immediate aftermath of the shooting and his trial testimony whether he saw Castile pulling a handgun from his pants, a contradiction that was handled poorly by the prosecutors in the criminal trial.

But the upshot of the shooting is likely to be a substantial settlement. How much? The sky’s the limit, but the standard established in other comparable cases suggests a seven-figure amount. As a matter of poetic justice, the lawyers might ask for $7 million, 1 million for each of the seven shots that claimed Castile’s life.

The money, though, will not be widely disbursed. Under the law in Minnesota, compensation recovered in a wrongful death civil lawsuit like Castile’s case, goes to the heirs of the decedent. In the absence of a will, the proceeds are awarded to the closest next-of-kin, who happens to be Castile’s mother.

His other next-family member, his sister, who has joined her mother as vocal critics of the jury verdict, is not legally entitled to any of the amount recovered — although her mother could, of course, share it with whomever she chooses, including charitable causes relating to the incident, such as scholarships, educational conferences, and other worthwhile contributions.

Although Reynolds, who memorably recorded the immediate aftermath of the shooting on her cellphone in the vehicle, is not legally entitled to any portion of the likely settlement, she is not devoid of a remedy.

She, too, could bring a civil lawsuit for damages. The case could be based on the legal doctrine of infliction of emotional distress, a doctrine that allows bystanders to recover if they harbor a reasonable fear of safety because they are in the “zone of danger” of imminent physical harm to themselves, as she probably was while seated in the passenger seat of the vehicle next to her boyfriend.

But that lawsuit is not assured of success. Most of the cases that have recognized this principle have involved claims by family members or close relatives, and Reynolds was neither.

She can, however, probably overcome that barrier due to her close relationship with Castile and proximity to the barrel of the gun used by Yanez to kill him.

So, as the controversy continues to swirl around this horrific incident, more litigation is likely. One thing that seems beyond doubt is, as that legal sage Yogi Berra, once remarked: “It ain’t over ’til it’s over.”

Castile-Yanez case: It’s not over yet